A FORMER Irish presidential candidate who denied the Holocaust during a BBC programme last week says he has "nothing to apologise for".

Dermot Mulqueen, from Ennis, Co. Clare caused a stir outrage after an interview with David Baddiel for the BBC documentary Confronting Holocaust Denial.

Mulqueen, who received just 39 votes as an independent when he stood for election in Clare in 2016 accused Jewish people of "hating Europeans", "sacrificing Christian babies" and appeared to defend Adolf Hitler for "putting his citizens first".

He argued that the Jewish people were looking to "profit" from inventing the atrocities of the Holocaust, and has previously stated that there is ample evidence that starvation and carpet bombing from Allied forces were the main cause of the deaths of 6 million Jews - not mass genocide from the Nazis on his Facebook page. 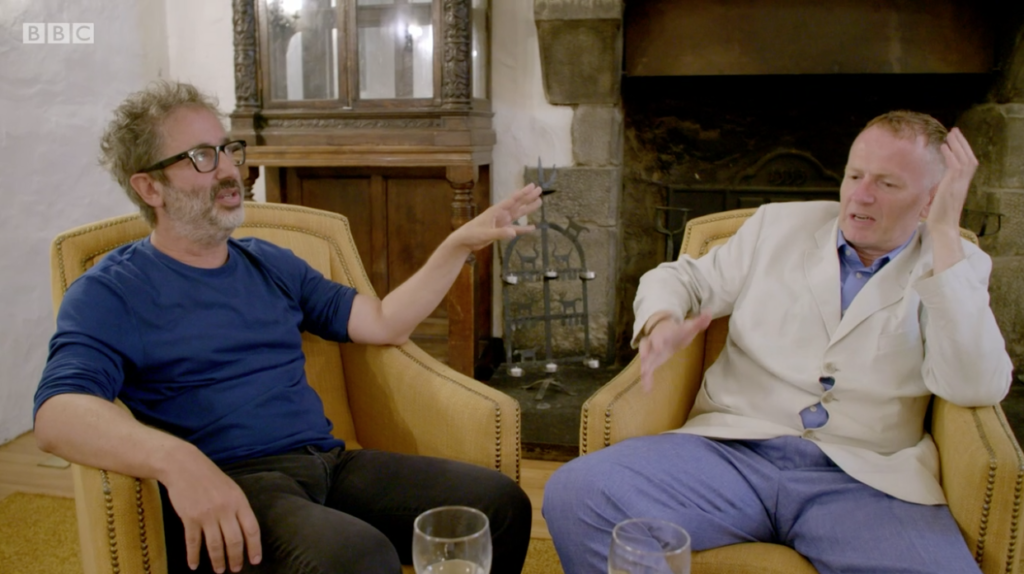 He's even argued that the concentration camps weren't the horrifying murder houses that history seems to reflect.

"Auschwitz had heated dormitories, a swimming pool, bakeries, a theatre and a football pitch ... There were no extermination chambers," he said.

The failed politician was previously arrested after putting an axe through a TV in Ennis' town square in protest of Holocaust Memorial Day, according to the Irish Independent.

He also sang a bizarre song during the interview containing the twisted lyrics: “Outside the synagogue there are 50 Mercs, Auschwitz had its perks. 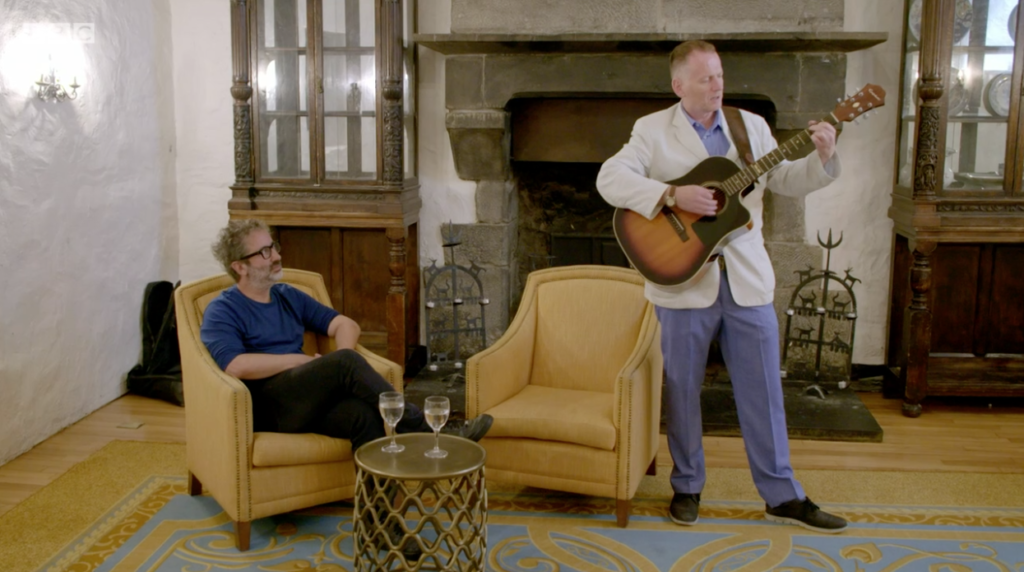 Mulqueen performing an a song about Holocaust denial

Mulqueen has been widely lambasted for his extreme views, and in the wake of his interview with Baddiel, he says he's received a number of threats.

"I suppose I was expecting some of it," (the reaction) he said, "but I wasn’t expecting the level of vitriol."

When asked how he had come to his conclusions, Mulqueen said that a YouTube video had prompted him to believe that the Holocaust was fiction.

He was asked if he regretted doing the interview, Mulqueen replied: "I don’t regret it. I gave the interview in good faith...it was two and a half hours long. He (Baddiel) cherry picked from it to make me look bad."

Baddiel, 55, from London, whose mother Sarah escaped to the UK from Nazi Germany as a newborn with her parents in 1939, said he struggled to contain his anger at Mulqueen.

"The whole thing was f***king weird," he said. "That was one of the weirdest moments of my life, especially the song."

To view the episode on BBC iPlayer, click here.