A TEAM of Irish scientists say they believe an unproven drug which Donald Trump endorsed could actually be a legitimate treatment for coronavirus.

The drug in question - hydroxychloroquine - is a medicine used to treat malaria, but some, including President Trump, have touted it as an effective treatment for Covid-19 too.

Trump has come in for criticism in recent months for endorsing the drug with many experts argue that it hasn't fully been tested yet and that its efficacy as a treatment for coronavirus was unproven.

Many have argued that its consumption outside the bounds of authorised prescriptions could be dangerous too.

However, an Irish team of researchers, chemists and pharmacists has apparently sided with the POTUS and suggested that the drug could actually work.

They suggest that inhalation rather than the ingestion of hydroxychloroquine may prove more effective as a Covid-19 treatment while requiring a lower dosage. 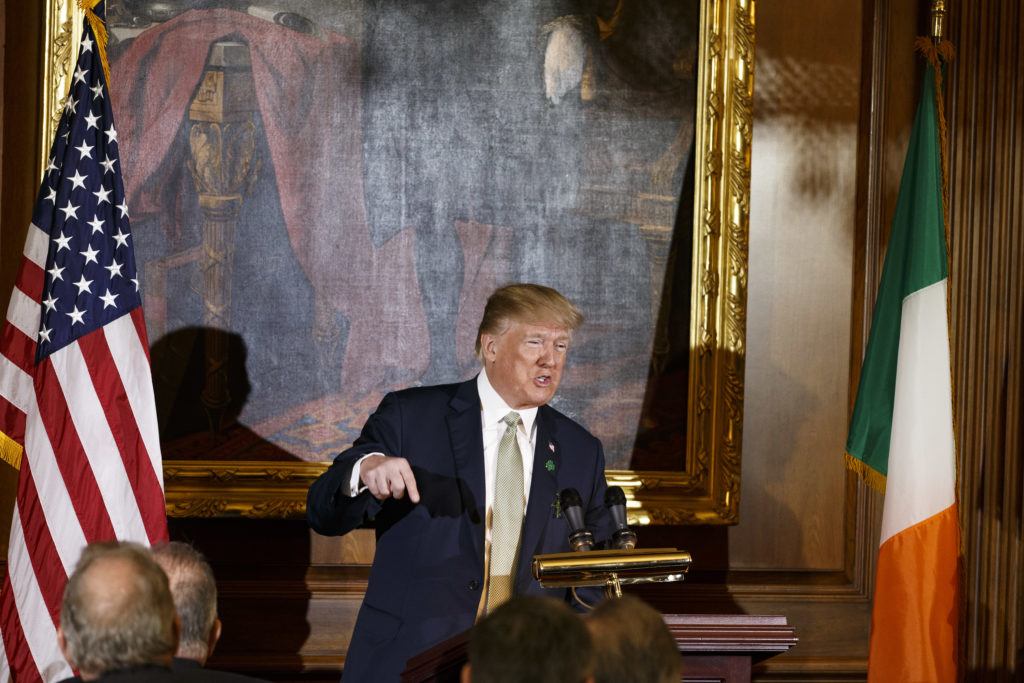 WASHINGTON, DC - MARCH 15: (AFP OUT) United States President Donald J. Trump speaks at the Friends of Ireland luncheon hosted by United States Speaker of the House of Representatives Paul Ryan, Republican of Wisconsin, at the United States Capitol March 15, 2018 in Washington, DC. . The Taoiseach is visiting as part of the traditional St Patrick's Day celebrations (Photo by Alex Edelman-Pool/Getty Images)

This method of administering hydroxychloroquine first became apparent to Cork-based retired pharmacist John Farragher during the early stages of lockdown.

After his 'Eureka' moment, he reached out to other scientists through the Science Foundation Ireland Research Centre for Pharmaceuticals (SSPC) to see if he could push forward with the idea.

Speaking to the Irish Mirror, Farragher said: "I thought it most desirable that the dose should be lowered but wondered how we might achieve this but still retain the efficacy. It looked impossible until it struck me that the disease is initially a respiratory infection and as such it could be treated in the lungs before it spread throughout the body.

"Lungs constitute less than 2% of body weight so if we could treat them with a low dose of HCQ, about 2% of normal dose, we could avoid the side-effects and be just as effective at treating the disease.

"This was all based on the premise that the disease would be tackled very soon after the infection started, which is so much easier to say than to do," he added.

Mr Trump admitted he was taking hydroxychloroquine back in May as a preventative measure.

House speaker, Nancy Pelosi, expressed alarm that Trump was taking the drug since he is "morbidly obese", in her words.

Are you targeting the right people with your B2B sales?

Elderly man, 83, dies after being hit by truck in County Cork