AN IRISH student is understood to have caught coronavirus from a fellow pupil after they swapped desks at school.

When the first case was reported, the entire class was taken out of school and all of the pupils were tested for the virus.

It was found that the first student who contracted the virus caught it from his family, and there was initial confusion about how the second student could have caught it.

But after interviewing staff and pupils, it was discovered the that the two students had swapped desks during a class because one of them wanted to sit closer to the black board. 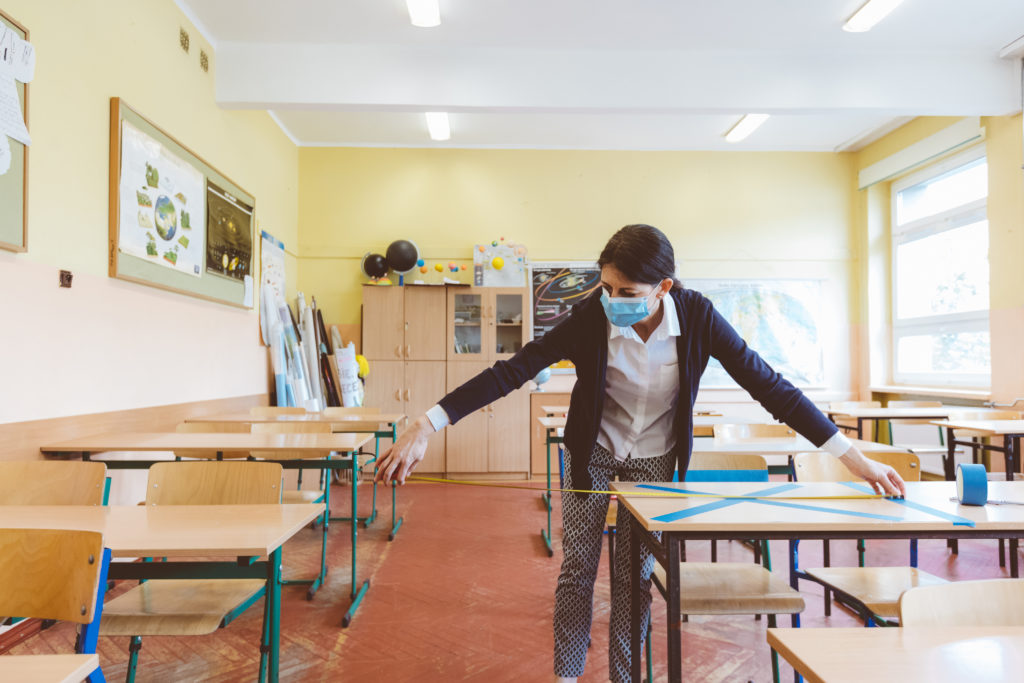 The teacher measuring and marking places in the classroom that are to be empty after students return to school after the coronovirus pandemic. Covid-19

Dr Una Fallon, director of public health in the midlands, said the discovery gave them a plausible connection and reassured them that there was not further transmission in the school or the town.

The HSE included news of the incident in a detailed report of the spread of the virus in Irish schools.

HSE chief executive Paul Reid said that 4,300 tests had been conducted in 183 schools, and 84 cases were confirmed.

It comes amid fears that students in colleges across the country will exacerbate the situation by throwing house parties and meeting up in big groups, particularly after videos and pictures emerged of hundreds of young people socialising together in Galway, Cork and Sligo during Freshers' week last month.