IRISH TV has made an application to Ireland's High Court to be placed into interim examinership as the station tries to raise new investment.

Staff at the company, which the Irish TV website says totals 100 people, were told of the decision yesterday.

While the station will continue to broadcast, all filming was suspended last Friday, November 4.

Mr Griffin had previously sold his mini-cab firm Addison Lee in 2013 in a deal worth £300million before investing in the fledgling TV station, which also had offices in London, Manchester and Birmingham.

Irish TV said in a statement today that it hoped the examinership - a process in Irish law whereby the protection of the Court is obtained to assist the survival of a company - will allow it to restructure.

On Tuesday, The Irish Post reported that the station had suspended production on new programming and was actively looking for a new investor. 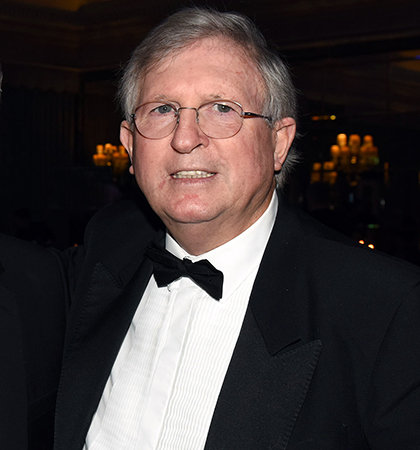 Irish TV was set up in 2014 by former journalists Pierce O’Reilly – the company’s CEO – and Mairead Ni Mhaoilchiarain, its managing director.

In a statement today, the international broadcaster said the application was "necessary and unavoidable."

"Irish TV has made a successful application to the High Court for the company to be placed into interim examinership.

"The company has sought the protection of the High Court for 70 days in order to undertake restructuring and raise new investment to save jobs at Ireland’s only international TV network.

"Irish TV has said the application was necessary and unavoidable," the statement read.

"The firm said it would continue broadcasting and would be looking at all options to revitalise the business.

"The company expressed its wish to prioritise the needs of its staff and content creators who continue to serve the business loyally.

"The Irish TV channel will continue to broadcast on SKY channel 191, Freesat 400, on all Free to Air boxes, on eir Vision 191 and online at www.irishtv.com."

Irish TV also said the court’s approval for interim examinership "would allow them time to source new investors and come up with the best possible solution to strengthen" the channel's future.

They also said a report presented to the court by KPMG outlined that there is a "good prospect" of Irish TV becoming a profitable business if a restructuring process can be undertaken and if new investors can be sourced.