IRISH television presenter Gloria Hunniford has revealed that she was once on an IRA “death list” and had to be “smuggled” out of the BBC due to threats.

The Co. Armagh native made the revelations in her new autobiography My Life, which releases on October 5.

Gloria, 77, explained that she was threatened by the IRA while she was in Germany recording messages from families of British soldiers serving in Northern Ireland for her radio show Ulster Calling.

Before she set off home for Ireland, a senior British Army commander informed her that she and her co-presenter were on an IRA hitlist.

“I was stunned,” she says in the new book, which is being serialised in The Mirror.

“He told us we had both been put on an IRA death list. We just sat there staring blankly at each other.

“Then the brigadier said: ‘We quite understand if you want to stop doing the programme – we don’t want you to be in danger.’

“I’d got three young kids who needed both their parents. But we’d been doing the programme for the British Forces Broadcasting Service since 1969 and any ‘damage’ had already been done.

“So we both shrugged and said ‘What’s the point in stopping now?’

“It was still shocking to hear your name was on a terrorist hit list, but I was determined to carry on.”

She added: “If you let the fear get to you, life would close down. You can’t let terrorists win.”

Gloria – who has been involved in television for the best part of 70 years – also recalled how she was taught to look for suspicious devices on her car as the IRA stepped up their intimidation campaign.

“Army security came to my house and told me ‘You MUST keep these curtains shut’,” she said. 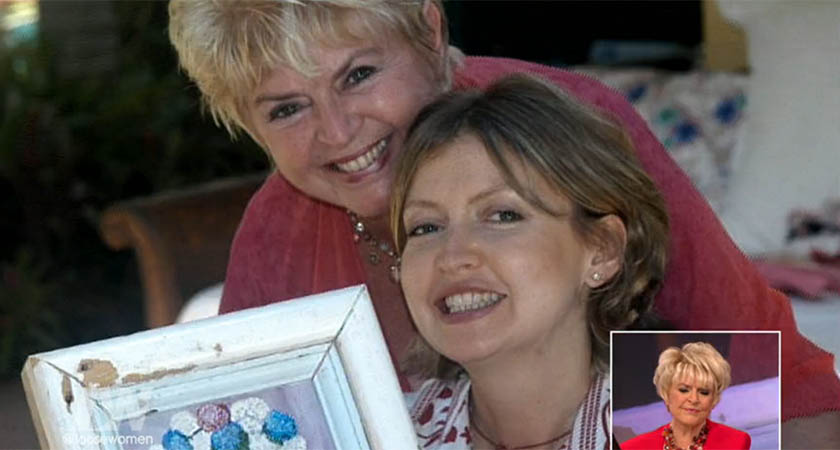 “Then I was taught how to check for trip bombs under the car before getting in. So I did all that – for about two weeks. Then I forgot and got on with my life.

“It was strange, the Troubles became a way of life, yet you still lived with so much high emotion and loss.”

Gloria also received death threats from an entirely different source in the immediate aftermath of the London Hyde Park and Regents Park bombings of 1982 – which occurred during her Radio 2 show.

"Unbeknown to me, threats were coming in saying ‘Get that Irish b**ch off the air or we will’," she said.

“When I finished the show I realised the control room was full of very serious-looking men in suits. They said an extremely serious threat had been made against me.

“I had to be smuggled out of by a back door and taken home by car. I was very shaken up as I’d only recently moved to London.”

While threats related to the Troubles eventually subsided, Gloria soon found herself the focus of five years’ worth of unwanted attention from a crazed stalker.

She revealed how she eventually had to get a restraining order against the man after he sent her letters requesting they meet at a hotel and requested love songs played on her radio show be dedicated to him.

“He was undergoing treatment for mental illness,” Gloria recalled.

“I politely told him to go away. But he kept coming back.”

Gloria said the man once tried to kiss her and even showed up at her home after she broke her shoulder.

She explained: “My stalker had been charged a few years earlier with sending a hoax letter bomb threat to Margaret Thatcher, as well as harassing Princess Margaret and the Director-General of the BBC.

“He was actually a pathetic, balding creature in his 60s, obviously mentally disturbed.”