AN Irish woman has been given a lifetime ban from owning any dogs after admitting to causing unnecessary suffering to her pet on a scale a judge said was the "worst I have seen".

Louise English, with an address at Ballybeg in Waterford city, was convicted of two offences under the Animal Health and Welfare Act 2013 (AHWA) on May 20.

She had admitted causing unnecessary suffering and failing to provide sufficient quantity of wholesome and uncontaminated drinking water to a German Shepherd dog.

The woman was ordered to pay €1,665 in costs including €557.58 in vet fees as she was banned from owning any dogs for life at Waterford District Court.

The case originated from a complaint made to the ISPCA in May 2018 by a concerned member of the public about a dog kept in poor condition. 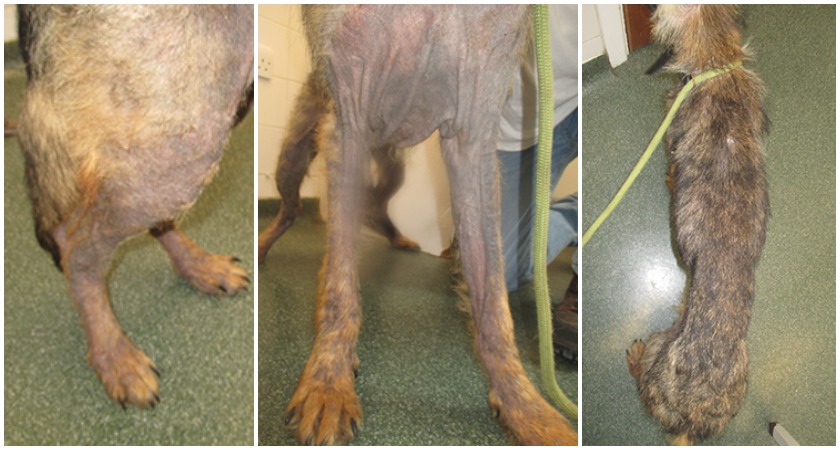 ISPCA Inspector Alice Lacey investigated the call to discover a 10-month-old male German Shepherd kept in the garden of the property in an emaciated condition and missing hair from most areas of his body.

Inspector Lacey described how there was an overbearing odour coming from the dog’s skin due to the severe skin condition from which it was suffering. There was also no visible food or water bowls present.

Under caution, the owner admitted that she had not sought veterinary treatment for the dog’s skin condition and agreed to sign the dog over into the care of the ISPCA.

The dog, later called Rocco was transported to the nearby City Vets in Waterford City where he was urgently assessed and treated by a vet.

Rocco was suffering from severe sarcoptic mange, he had ear mites and a high temperature. Once he was responding to treatment he was transferred to the Waterford SPCA for care and rehabilitation. 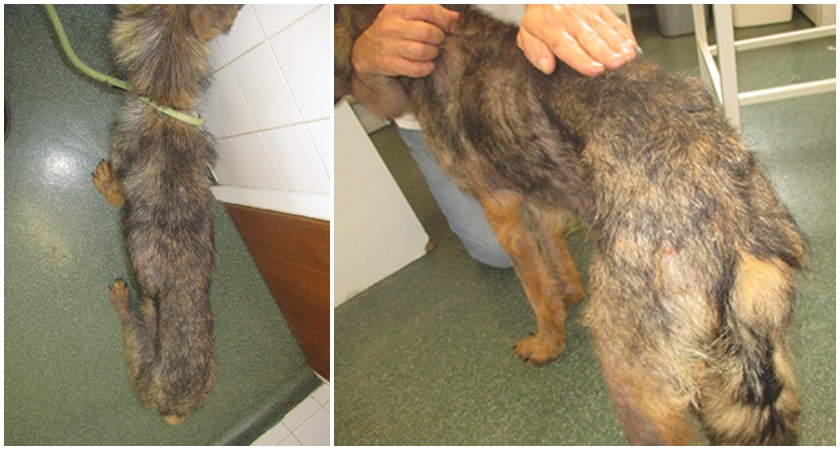 It took several months of rehabilitation and treatment for Rocco to recover (Image: ISPCA)

"It took several months of rehabilitation for Rocco to recover from a skin condition that could have been prevented by regular parasite treatment," Inspector Lacey said.

"He is such a beautiful-natured young dog and it was totally unacceptable to find him in this situation at such a young stage in his life.

"There is simply no excuse for failing to provide the very basic level of care which would have prevented unnecessary suffering."

Speaking in court, Judge Kevin Staunton told the woman: "I am absolutely appalled at the photos of this dog, the worst I have seen.

"To think this dog was only 10 months old when taken in by the ISPCA. In the photos he looks like an elderly dog at the end of his life.

"This case is, in my opinion, on the upper scale of seriousness."

A #Waterford woman admitted to causing unnecessary suffering to a dog has been given a lifetime ban on owning any dogs & ordered to pay €1,665 in costs incl. €557.58 in vet fees. Read more here: https://t.co/fnU0pFPKb9…/waterford_woman_receives_lifetime_ba…#EndCruelty pic.twitter.com/tRQ8NHaj1t

The ISPCA says the case highlights the impact that their Inspectors are having on animals who need our help to alleviate their suffering.

The charity is reminding pet owners of their legal responsibility to safeguard the welfare of animals in their care under the AHWA 2013 and encourages members of the public to continue to report any animal welfare concerns online or by contacting the National Animal Cruelty Helpline on 1890 515 515.

You can help the ISPCA continue their vital work by making a donation online here to help animals suffering in Ireland.