The national road in Cambodia where Mr O'Brien was killed

A 45-YEAR-OLD Irishman was killed in Cambodia on Saturday, after being thrown from his motorcycle.

The man named locally as Kieran O’Brien was the victim of a high speed hit and run.

Mr O'Brien, had been travelling along National Road 3, which connects the Capital Phonm Penh to the country's coast, at around 6:30am when he was hit from behind by a car. The impact knocked him from his bike into a pool of water where Cambodian police believe he drowned.

Local Khmer press originally reported that the victim had been from Iceland, and posted pictures of Mr O'Brien by the roadside.

District police chief, Young Koung told The Cambodian Record: “The victim was possibly knocked on the side of his left hand by a car.

“If he did not fall into the water, maybe we could have helped him in time.” 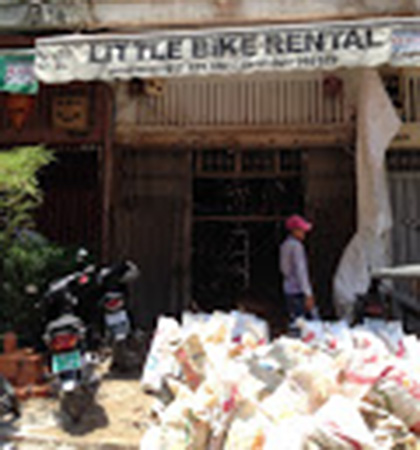 The Irishman's Cambodian ex-wife, Ros Srey Noch, 26,  was told about the accident by police. She told the Record that her ex-husband had lived in Phnom Penh for several years and that the two had a six-year-old daughter.

“I was shocked to hear the news, he loved his daughter and I wish my daughter had not lost her father”, she said.

“I want the authorities to investigate and find the car that caused the incident.”

Mr O'Brien had owned a motorbike rental shop, Little Bikes, in the Cambodian capital Phnom Phenh, popular with backpackers it is listed in the Lonely Planet guide to the country.

He had been well known among the Irish ex-pat community. On a local expat forum one poster wu=ith the user name luckyleprechaun described Kieran as 'a character and a funny guy'.

All the Irish community in Phnom Penh will know who he is, rest in peace."

Another user called Petrol Head wrote on the forum, “I bought a Sportage off him in the early days here - sound as a pound it was.

Always thought he had the personality to have been a swashbuckling pirate in another time and place.“

The Department of Foreign Affairs and Trade have confirmed they are providing consular assistance to Mr O'Brien's family.