ITV were forced to issue an apology after Piers Morgan mocked the Chinese language during a recent Good Morning Britain episode.

Morgan sparked significant outrage after rather crudely imitating a Chinese speaker, in response to watching an advert featuring the Queen's grandson Peter Phillips.

"Ching chang cho jo, OK, I got it, I got it," said Morgan as co-host Susanna Reid took issue with her colleague's actions.

TV watchdog OfCom received over 1,500 complaints about the incident, after which ITV apologised for any offence caused.

The broadcaster however stressed that Morgan's behaviour was intended to mock a member of the Royal Family, not the Chinese language. 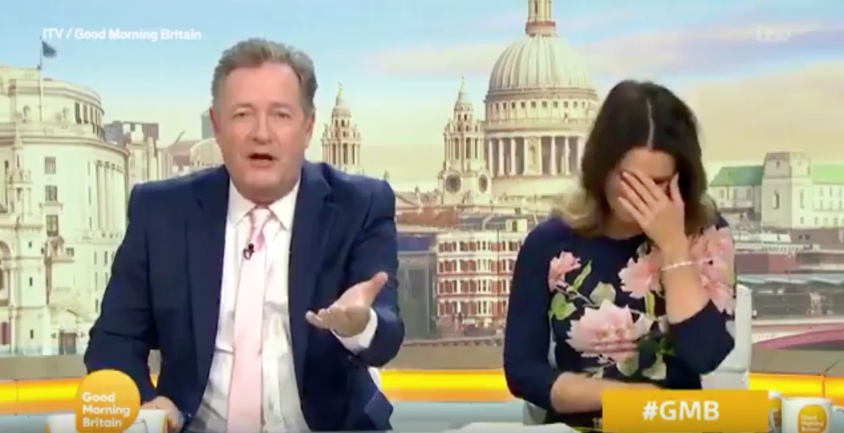 "GMB is known for its lively and robust discussion of the news agenda and recently covered Peter Phillips’ appearance in a Chinese milk advertisement," ITV said in a statement.

"The discussion was focused on whether it was appropriate for members of the Royal family to endorse products abroad in this manner, and was live and unscripted. Piers Morgan’s comments, and his mimicking of the Chinese language in the advertisement, was a spontaneous reaction to the advertisement."

"ITV regrets any offence Piers’ comments may unintentionally have caused."

Despite the controversy, Morgan defended his comments on air, arguing that you are allowed to "take the mickey" out of languages.

"I'm sorry, you can take the mickey out of it.

"I can't repeat what they're saying in the ad. I can't speak Chinese.

"I'm trying to mimic the wording of that advertisement," he argued.