FAMILIES bereaved by the Birmingham pub bombings have the backing of Labour leader Jeremy Corbyn for their campaign to have a public enquiry into the 1974 attacks.

Speaking at the launch of the Labour party's manifesto in the city this month, Mr Corbyn echoed campaigners' concerns over the police investigation, saying "there has to be an independent enquiry into this".

He went on to pledge his solidarity with campaigning survivors, stating: “Today I say to them - we are with you, we understand the horror and the pain you are going through.”

Mr Corbyn spoke as supporters and relatives of the 21 people killed in two of the city's pubs, the Mulberry Bush and Tavern in the Town, gathered in the city centre to mark the 45th anniversary of the explosions.

A spiritual service in Birmingham Cathedral was followed by a public commemoration outside New Street Station attended by several hundred people. 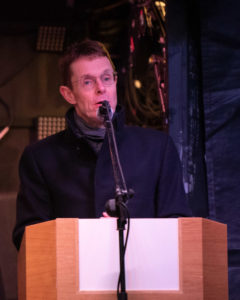 Those present included West Midlands Mayor Andy Street, who is a member of the Conservatives, and outgoing Labour MP Jess Philips.

Both have been ardent supporters of the families' campaign.

Mr Street also pledged to "resume the conversation with whoever becomes the Home Secretary after the General Election”.

"I have already explained this to Priti Patel,” he confirmed.

“We need full closure, especially for the bereaved families and everyone affected."

In a poignant ceremony, a choir of local primary schoolchildren sang hymns and laid 21 candles to mark the memory of each person who perished in the IRA attack, which West Midlands Police still describe as a "live investigation", almost 50 years later. 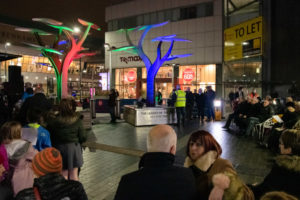 However, no one has been brought to justice to date, amid continuing controversy.

Speaking to The Irish Post at the event, Julie Hambleton, who lost her 18-year old sister Maxine in the explosions, said: "It's hugely significant that Jeremy Corbyn has backed our call for a public enquiry.  We've always wanted cross-party support to get behind us, from Boris Johnson, Jeremy Corbyn to Jo Swinson."

Calling for party leaders' pledges to be honoured, Ms Hambleton, of campaign group Justice for the 21, continued: "We've had years of empty promises, now action is all we want.

"You can rest assured we will continue to fight.

“For every single day of our lives, for the twenty one who are not here to fight for justice themselves."