A KENNEDY has lost a Massachusetts statewide election for the first time.

Joe Kennedy, grandson of the tragic former US President and Irish-American John F Kennedy, was defeated in his bid for a seat in the US senate by incumbent Ed Markey.

39-year-old Joe Kennedy III confirmed last night that he accepted the results and "called Senator Markey to congratulate him and to pledge my support to him and his campaign in the months ahead". 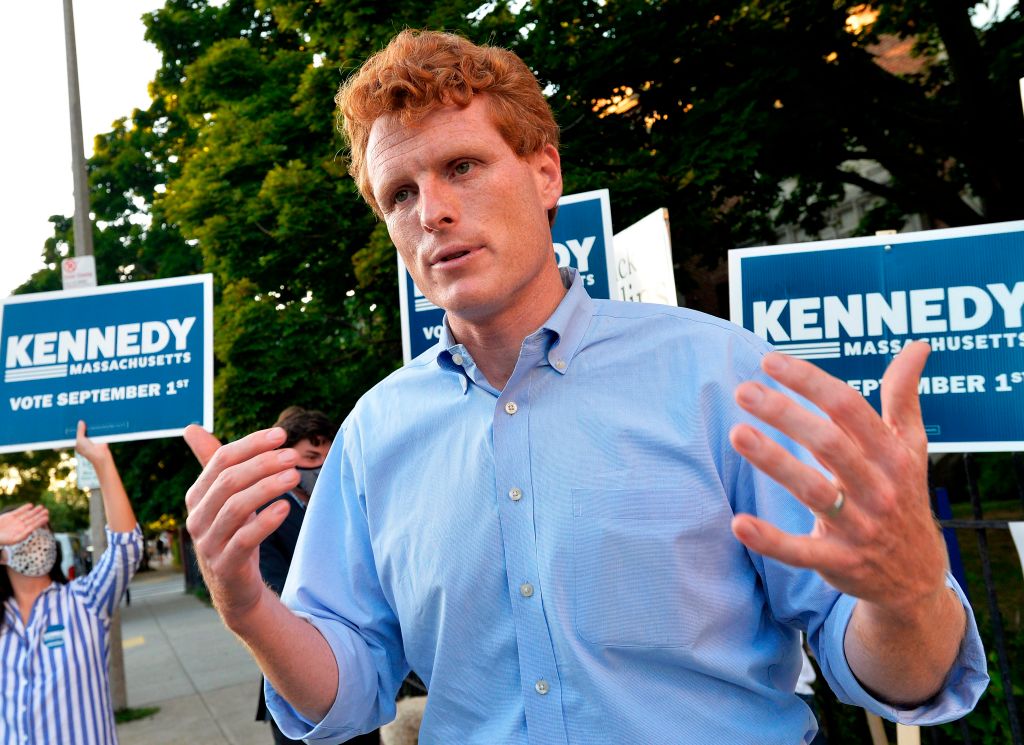 US Representative for Massachusetts Joe Kennedy III speaks to reporters outside a Savin Hill polling station during the Massachusetts State Primary Election in Boston on September 1, 2020. (Photo by JOSEPH PREZIOSO/AFP via Getty Images)

Mr Kennedy, the grandson of Robert F Kennedy, conceded the election last night while the votes were still being counted, with Mr Markey leading 53.5% to 46.5%, and acknowledged that "these results are not the ones we were hoping for".

His loss in his bid for the Senate seat means he will not be running for re-election in the House, and come January there will be no member of the Kennedy political dynasty in power in the US-- something which has occurred for only two years since 1947.

Mr Kennedy took to Twitter where he thanked his supporters, stating "I am so proud of what we built together. I'd do it with you all again in a heartbeat."

Thank you. I am so proud of what we built together.

I’d do it with you all again in a heartbeat.

US Senator Ed Markey, 74, who ran on a liberal, anti-establishment platform and the promise of tackling climate change, paid tribute to young voters following the news of his win.

"Tonight's victory is a tribute to those young people and to their vision," he wrote on Twitter. "They will save us if we trust them. And I do."

Growing up, my father told me, don’t beg for your rights, you organize, and you take them. So, to the young people fighting in this movement for change, here is my charge: march in the streets, protest, run for school committee or city council or the state legislature. And win.

"This election is an undeniable mandate for change," Mr Markey added.

"Tonight is just the beginning for our movement."