FANS OF guitar legend Jimi Hendrix have been paying tribute to the musician on the 50th anniversary of his death.

Hendrix was found dead in a London flat on September 18 after accidentally overdosing on some sleeping pills given to him by his girlfriend.

His death, aged just 27, sent shockwaves through the world of music, bringing the curtain down on a whirlwind career that saw him change the face of guitar playing forever.

There was simply nothing quite like the Jimi Hendrix Experience.

Born and raised in Seattle, Hendrix boasted Irish ancestry through his paternal great-great grandfather, Moore, as well as Cherokee and African American heritage.

After a two-year stint in the army, he began to working towards those dreams, serving as a pickup guitarist for Little Richard, B.B. King, Ike and Tina Turner, and Sam Cooke among others.

His big break came following a move to New York in 1964 where, after performing in several coffeehouses, he caught the eye of Bryan Chandler, the bassist of the British band The Animals.

Chandler took Hendrix under his wing as manage, bringing him to London in 1966 to form the Jimi Hendrix Experience with bassist Noel Redding and drummer Mitch Mitchell. 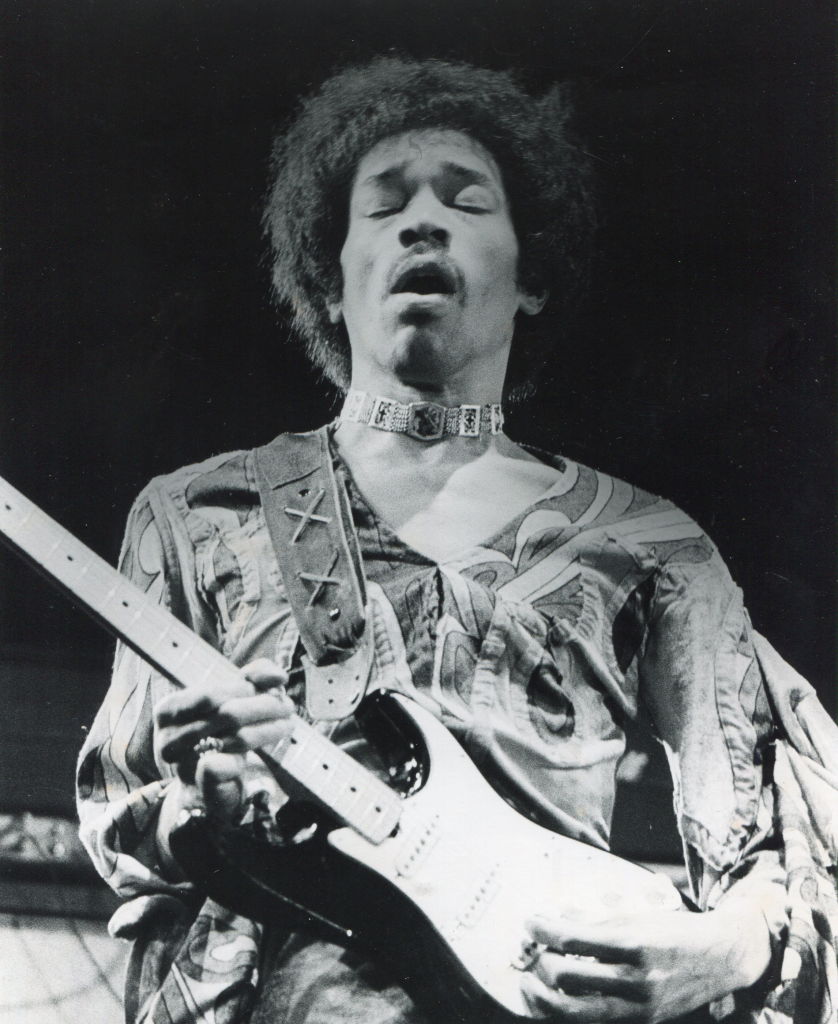 Their first single, Hey Joe, was an instant hit, peaking at no.6 on the charts.

Even better was to come in 1967 with a first ever appearance at the Monterey Pop Festival in the US.

It would prove to be the first of a handful of iconic performances for the Jimi Hendrix Experience, with Hendrix grabbing the headlines after burning his guitar on stage.

The band had arrived and duly spent the next two years delivering a string of iconic rock hits, including all-time classics like Purple Haze, Foxy Lady and The Wind Cries Mary.

Albums like Are You Experienced? (1967), Bold as Love (1969), and Electric Ladyland (1969) established the Hendrix sound and remain popular to this day.

Hendrix would go solo in 1969, famously going on to make an appearance at Woodstock, where he performed a breathtaking version of The Star-Spangled Banner.

He went on to form a new group, called the Band of Gypsies, releasing one eponymous album prior to his death.

Taken long before his time, Hendrix’s musical legacy remains as strong today as it was 50 years ago – a testament to his incredible talent.

Hendrix’s Irish links extended beyond his familial links too – he was a keen admirer of Irish folk.

“I heard some Irish folk songs that were so funky-the words were so together and the feel,” the legendary guitarist is quoted as saying.

Ronnie Drew of the Dubliners (a group Hendrix was known to admire) has previously spoken of meeting him at the Speakeasy Club in London.

Hendrix also worked with Belfast-based rock band Eire Apparent, producing and playing guitar on their album “Sunrise”. They also opened for him on several occasions.

Honoring the memory of Jimi Hendrix, who died 50 years ago today.

50 years ago today Jimi Hendrix passed. In the span of three years.... he changed everything about music. He has no equals.... and fortunately he left us with those incredible recordings. pic.twitter.com/4tncvLWLpX

Jimi Hendrix was pronounced dead on arrival at St. Mary Abbot's Hospital in London at the age of 27, September 18, 1970. pic.twitter.com/29a15VLZ4f

50 years ago today Jimi Hendrix died in London at age 27. In only 3 years he changed everything about music.

50 years without Jimi Hendrix, the best guitarist of all time. He left us back in September 18, 1970. pic.twitter.com/QhSeZDXJLW

On the anniversary of his passing, fans across the world paid tribute to his magic.