A JOINT operation between British and Irish animal rescue charities has resulted in the seizure of 96 puppies which were shipped from Dublin Port.

Stena line, An Garda Síochána and Customs and Tax authorities in Ireland in Britain were also part of the operation.

Operation Delphin was founded to bring an end to the illegal puppy trade into the UK from Ireland. 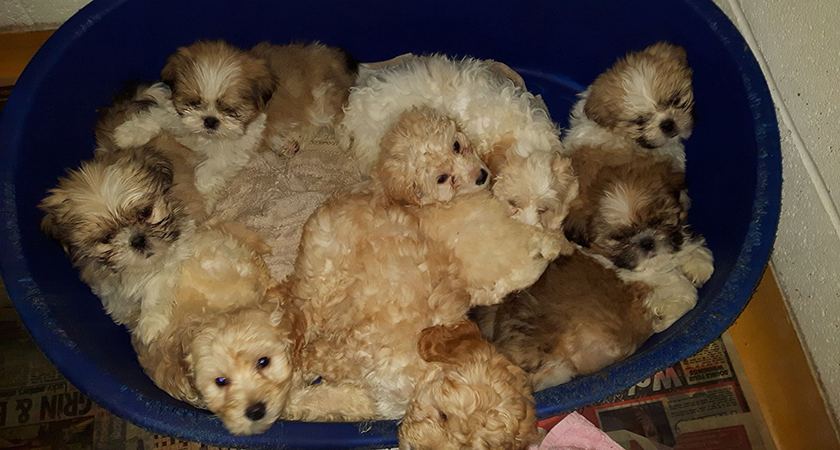 Some of the puppies seized during Operation Delphin. (Picture: DSPCA/Facebook)

In a statement on their Facebook page, the DSPCA said the puppies were seized from two individuals attempting to smuggle them into Britain on Monday, November 14.

"The DSPCA are delighted with the success of a seizure of 96 puppies by the RSPCA from two individuals who were attempting to import these puppies illegally into the UK.

"These puppies were shipped from Dublin Port earlier yesterday [Monday].

"The puppies have been returned to Ireland and are now in the care of the DSPCA.

"Several of the puppies are ill and are undergoing veterinary treatment in the DSPCA shelter in Rathfarnham. 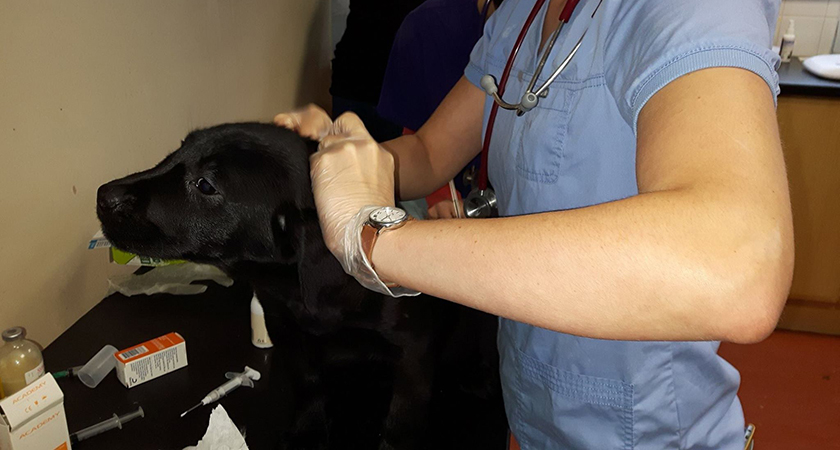 A young pup receiving medical attention by a vet after the seizure. (Picture: DSPCA/Facebook)

"This case is just one of many which have been discovered following intelligence led investigations," the statement from the DSPCA said.

This seizure is the latest in a series of operations led by animal charities and An Garda Síochána in Ireland.

In September this year, a box of five puppies were seized at Dublin Port bound for Britain.

It is thought this litter of puppies was a test-run for more expensive breeds to be imported in the run up to Christmas.

People who wish to support the work of the DSPCA can make a voluntary contribution on a one off or monthly basis here.

€9.8 million worth of drugs seized at Dublin Port