A DOG who was stolen from her family over the summer has been returned to her relieved family.

Springer Spaniel Ruby was stolen from her home in Midleton, County Cork in June as Ireland experienced a spate of dognappings related to dogs fetching a higher price as demand for pets rose during the lockdown.

Her heartbroken family launched a high-profile social media appeal as they desperately searched for their stolen pet, and now, with the help of Gardaí in the Southern region, Ruby has been returned home more than six months after she was stolen. 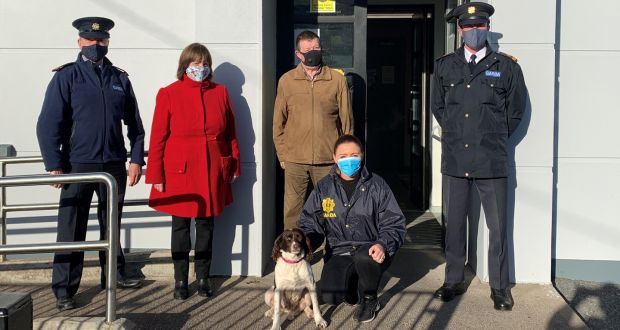 An appeal from Gardaí in Cork, which was viewed more than 100,000 times, was spotted by a woman in the United Kingdom, who recognised Ruby as being one of a number of dogs for sale on a local website.

The woman made contact with Gardaí, and with the help of Somerset Police, Ruby was identified and seized before making the 500km trip home just in time for Christmas.

An Garda Síochána have now successfully returned Ruby to her family, and have posted a video of the joyous moment on their Facebook page.

Ruby's owners, Bernard and Liz Aherne, said they are "absolutely thrilled" to have their beloved pet returned to them.

"We are so grateful to the lady who spotted Ruby for sale, the Somerset police, and our gardaí here in Midleton," they told the outlet.

Superintendent of the Midleton District, Adrian Gamble said "We are delighted to have been a part of Ruby's safe return to her loving family and appeal to all pet owners to take all extra security precautions and ensure their pets are microchipped.

"I especially wish to thank everyone for sharing the social media appeal to help find Ruby, and the lady in the UK who spotted Ruby for sale- these people are the real heroes of the investigation."

Ruby is said to have been in poor health when she was returned to her family just before Christmas, and her microchip had been cut out.

Her family say she is now back in good spirits however, and visited Gardaí with Liz and Bernard recently to say thanks.

Gardaí have reminded all pet owners to microchip their animals so that they may be identified if they are stolen.

The investigation into the theft of Ruby is still being actively investigated.