Democrat Kathy Hochul, the former Lieutenant Governor of New York State, has replaced former Governor Andrew Cuomo after he resigned in disgrace following an inquiry which found he had sexually harassed multiple women, allegations he denies.

She was sworn in to office at the stroke of midnight on Tuesday, becoming New York State's first-ever female Governor and joining a large number of Irish-Americans in power in the United States.

Speaking after the historic swearing in, the 57th Governor of New York addressed citizens and promised to "get to work as your Governor". 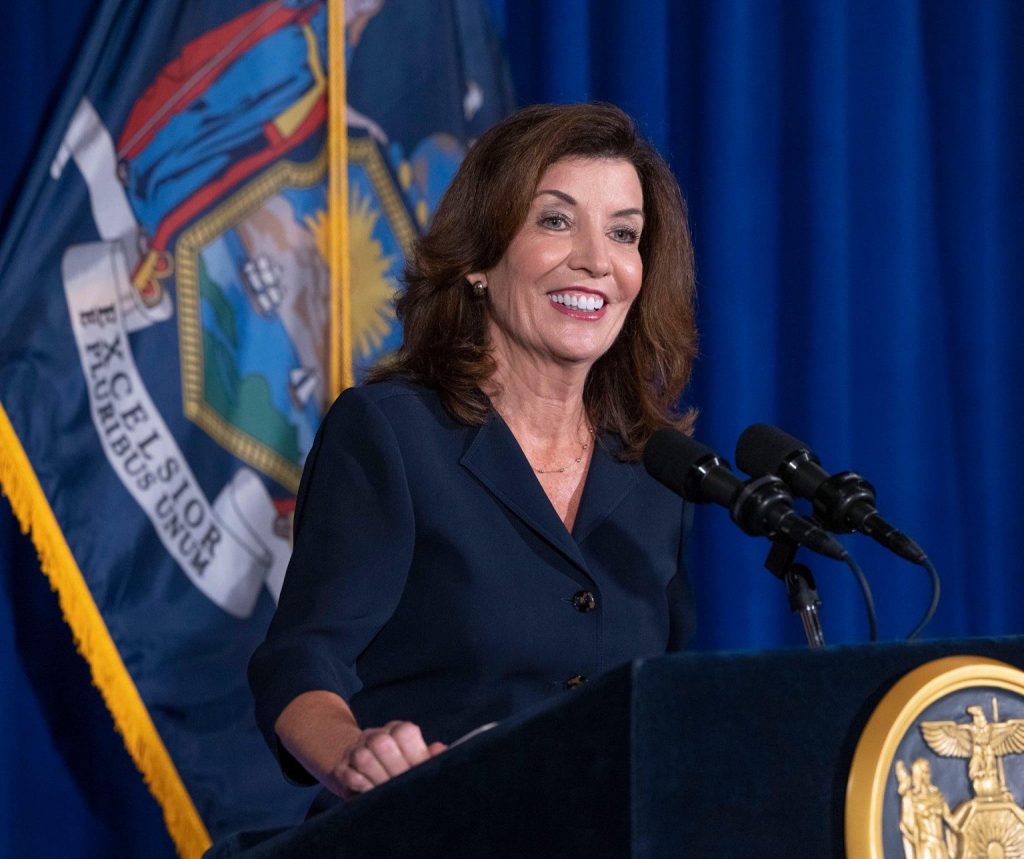 "I have embraced and internalised the hopes and dreams of 20 million people who share the name New Yorkers, and I want you to know you are heard," Governor Hochul said in a televised address.

"And I am ready to work as your Governor to solve the big problems that this state faces."

One of six children, Governor Hochul has strong links to Ireland, with her grandparents hailing from County Kerry, and was raised Catholic, attending the Catholic University Columbus School of Law where she received a Juris Doctor in 1984 following her Bachelor of Arts degree from Syracuse University.

Despite her Catholic upbringing, Ms Hochul, like US President Joe Biden, is pro-choice, and has fought for women's rights throughout her political career, including establishing the Kathleen Mary House for victims of domestic violence in 2006, and leading the anti-sexual harassment campaign 'Enough is Enough', ironically launched by Governor Andrew Cuomo.

Following Cuomo's announcement that he would be stepping down after severe public pressure-- including from his successor-- Ms Hochul said she agreed with his decision, as "It is the right thing to do and in the best interest of New Yorkers.