RESIDENTS OF the Skellig Star Direct Provision centre in Caherciveen have ended their hunger strike after the promise of a transfer to alternative accommodation by Justice Minister Helen McEntee.

The Skellig Star hotel has been used as a Direct Provision centre for refugees since the beginning of the pandemic, but has been mired in controversies including more than 20 residents becoming infected with Covid-19 and allegations of food and water rationing.

Residents and locals of the area have made repeated calls for the centre to be closed, citing 'inhumane conditions' for residents, and the row came to a head on Monday when 32 residents began a hunger strike in protest.

The hunger strike would continue until the residents were promised a transfer to different accommodation, they said, and the list of demands also included access to a Social worker to ensure their health and safety. 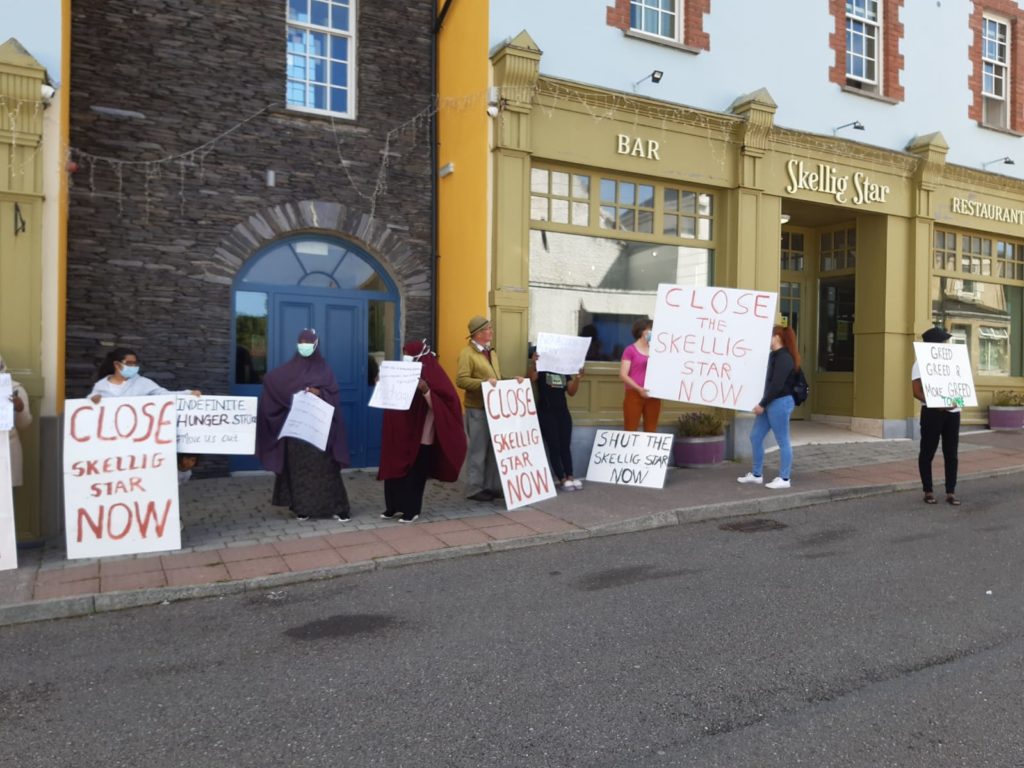 Minister for Justice, Helen McEntee, yesterday confirmed that the Skellig Star will be closed and residents will be moved on to other accommodation-- some in the next few days and others in the coming months.

Ms McEntee addressed the Seanad yesterday where she explained that the asylum seekers were moved to Caherciveen "because of the pandemic, and the virus itself made their situation especially difficult."

My officials will be implementing that policy in relation to Caherciveen.”

"Places for the first families are currently being identified and moves for them will be completed by the end of next week. Other residents in the centre will be moved to permanent accommodation as soon as spaces can be found. This process will be completed in a relatively short period of time, and no more than a few months.”

One resident of the Skellig Star, Azwar Duard, told The Irish Examiner that they welcomed the news, and offered their gratitude to the locals of Caherciveen who supported them in their efforts to have the DP centre closed.

"We feel very happy and we believe the Government will keep its word," he said.

"We don’t yet know when we will all be gone from here. And we don’t know where we will be going. But at least this time we hope they will do it properly and not repeat the mistakes of the past.”