Kieran Creaven: Former RTÉ sports producer who flew to UK for sex with child released from jail after 10 months

Kieran Creaven, 55, was caught on camera by a vigilante group in 2017 after attempting to meet an underage girl for sex in Leeds

A FORMER RTÉ sports producer has been released from jail in the UK less than a year after he was convicted of attempting to meet a child for sex.

Kieran Creaven, 55, travelled from his home in Dublin to Leeds in November 2017 to meet a '13-year-old girl' he had groomed on Facebook.

In fact, the account was fake and had been set up by the vigilante group 'Predator Exposure' – who cornered him outside the West Yorkshire city's Queens Hotel and caught his reaction on camera.

Creaven was arrested shortly later and sacked by RTÉ following an internal review.

The senior executive had been employed by Ireland's national broadcaster since 1998 and worked on several major sporting events including the 2012 Olympic Games.

He was jailed for 18 months in March 2018 but served just 10 months at Armley Prison in Leeds. 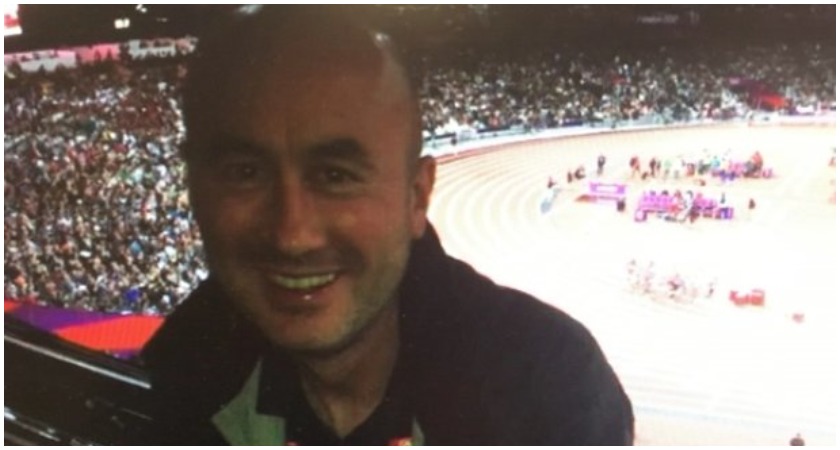 Creaven had worked for RTÉ as a sports producer for almost 20 years (Image: Twitter)

The Dubliner walked free from custody on Tuesday (January 8) and was expected to travel back to Ireland, according to a source at the Irish Mirror.

He is likely to be the subject of attention from Gardaí if he returns, the source added.

During his trial at Leeds Crown Court, it emerged that Creaven had sent obscene images to what he believed was an underage girl over a four-month grooming period in 2017.

When arrested he was found to be in possession of two boxes of condoms, a list of female names and two phones.

Creaven pleaded guilty to attempting to meet a child under the age of 16 following grooming.

He also admitted a second charge of attempting to cause or incite a child aged 13-15 to engage in sexual activity.