KIM JONG-UN, if I can be honest for a moment, doesn’t sound like the nicest fella.

If reports are to be believed, the North Korean leader has sentenced one of his generals to death by throwing them in a piranha-filled fish tank.

The general, who hasn't been named, had been accused of trying to organise a coup, and Kim Jong-un saw this as the perfect opportunity to try out his brand-new method of execution.

Kim has had a giant fish tank built inside Ryongsong Residence, one of his presidential palaces in Pyongyang, the nation’s capital, and filled it with hundreds of piranhas shipped over from Brazil, according to the Daily Star.

Sources gruesomely claim that the victim’s arms and legs were cut open before he was thrown in, in order to provoke a ‘feeding frenzy’ from the piranhas - however reports fail to deduce whether the man was killed by the fish, his wounds or whether he simply drowned.

A UK intelligence source said: “Kim rules by fear. Many enemies of the state are executed in public.

“He wants to everyone know, including his most trusted aides, that they are at risk of suffering a very unpleasant death if he suspects they are treasonous. 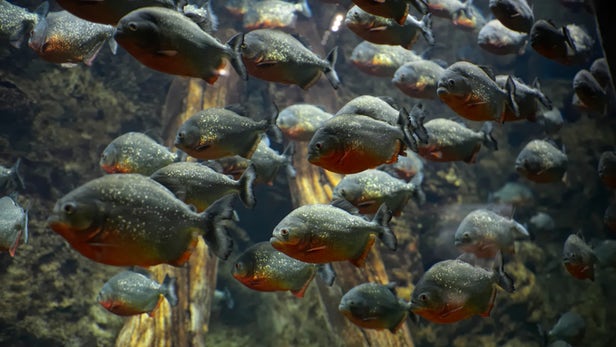 Piranhas are fresh-water fish that live in South America

“He has executed members of his own family and killed senior government officials for not clapping loudly enough during one of his speeches.

It’s debated whether piranhas actually kill and eat animals as large as humans. Despite their fearsome reputation, piranhas are naturally scavengers and feed on carrion [dead meat] more than anything else.

While there are reports of humans being eaten by the fish, victims either drowned or were already dead when it happened. 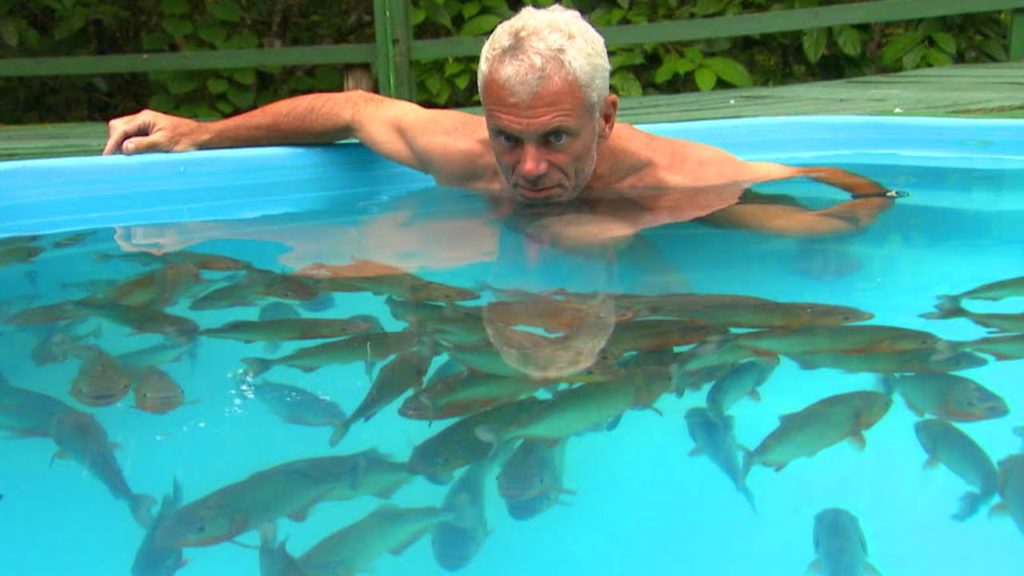 Jeremy Wade, star of the TV show River Monsters, is pictured here swimming with dozens of piranhas, proving they aren't the ferocious human-killers their legacy suggests they are

When they do kill, it’s usually just smaller fish or rodents who might happen to drop into the water accidentally.

They have a number of sharp teeth designed to rip flesh and they ‘attack’ in a frenzy in order to devour whatever meat is available as quickly as possible before other predators are attracted to it.