The famously charitable Hollywood legend asked that $50m of his personal fortune be distributed through the Douglas Foundation, his own charity organisation set up to "help those who cannot otherwise help themselves".

According its official website, the foundation’s “primary focus is improving the education and health, fostering the well-being, and most importantly developing new opportunities for the children who hold our future in their hands.”

Beneficiaries include St Lawrence University, where the Douglas Foundation funds a scholarship for underprivileged and minority students and Westwood's Sinai Temple, which houses the Kirk and Anne Douglas Childhood Center.

The foundation also supports Culver City's Kirk Douglas Theatre, a once-dilapidated venue which has been restored to its former glory, and Children's Hospital Los Angeles.

The remaining $11 million of Douglas’s $61 million fortune was distributed elsewhere. 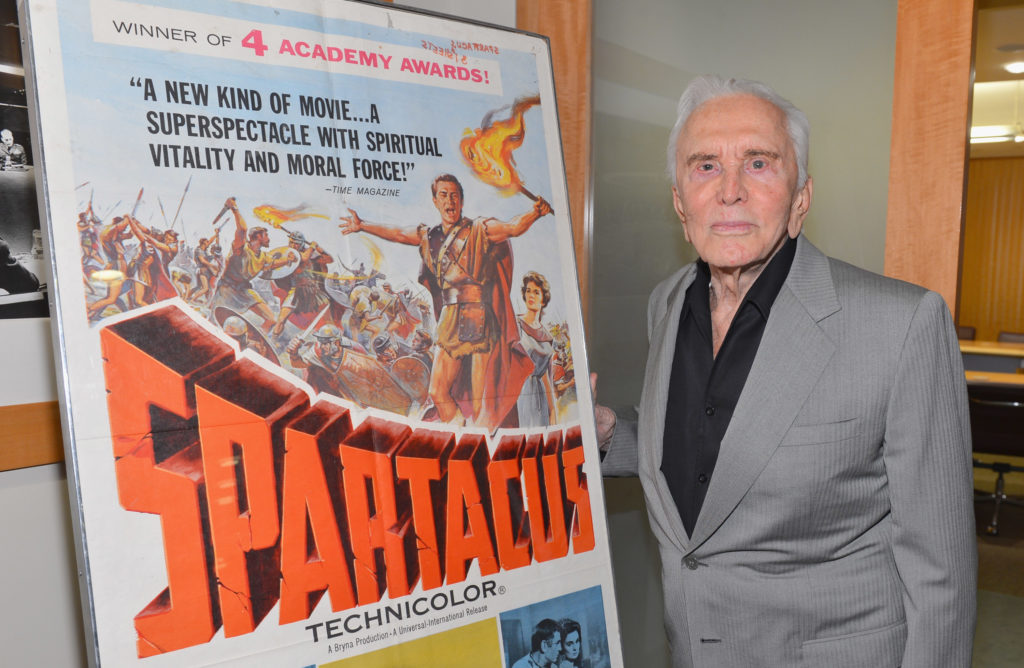 Michael Douglas was left nothing in the will. He boasts a personal net worth in the region of $300 million dollars.

Michael announced his father’s passing on February 5, writing: “To the world he was a legend, an actor from the golden age of movies who lived well into his golden years, a humanitarian whose commitment to justice and the causes he believed in set a standard for all of us to aspire to.

“But to me and my brothers Joel and Peter he was simply Dad, to Catherine, a wonderful father-in-law, to his grandchildren and great grandchild their loving grandfather, and to his wife Anne, a wonderful husband.

“Kirk’s life was well lived, and he leaves a legacy in film that will endure for generations to come, and a history as a renowned philanthropist who worked to aid the public and bring peace to the planet.”

One of the last actors from Hollywood’s Golden Age, Douglas received the Jefferson Award for public service in 1983 and the French Legion of Honor in 1985 for his incredible efforts.