of the Los Angeles Lakers of the Phoenix Suns during the NBA game at US Airways Center on February 19, 2012 in Phoenix, Arizona. NOTE TO USER: User expressly acknowledges and agrees that, by downloading and or using this photograph, User is consenting to the terms and conditions of the Getty Images License Agreement.

KOBE BRYANT, one of the greatest basketball players and most iconic sportsmen of all time, was tragically killed in a helicopter crash in the city of Calabasas, California on Sunday.

Just hours before his death, he sent out what is in hindsight a rather heartbreaking tweet to fellow NBA star LeBron James.

Bryant, as well as his 13-year-old daughter were among nine people who perished in the crash.

Police later confirmed that there were no survivors.

Bryant spent his entire 20-year career with the Los Angeles Lakers, becoming a five-time NBA champion in the process, before retiring in 2016.

The 41-year-old ended his career as the third-highest points scorer in NBA history.

However, LeBron James - who signed for LA Lakers in 2018 - passed Bryant's spot on the all-time scoring list by registering 29 points against the Philadelphia 76ers on Saturday.

In response, Bryant sent out a tweet congratulating James for his achievement.

Continuing to move the game forward @KingJames. Much respect my brother 💪🏾 #33644

"Continuing to move the game forward @KingJames. Much respect my brother," he wrote.

He added a muscle emoji and the hashtag "#33644," in reference to the number of points James needed to surpass his own tally.

The tweet has been liked over two million times, with many still coming to terms with the basketball star's death.

LeBron James was pictured in tears as he landed at LAX to the news that his former USA teammate had died. 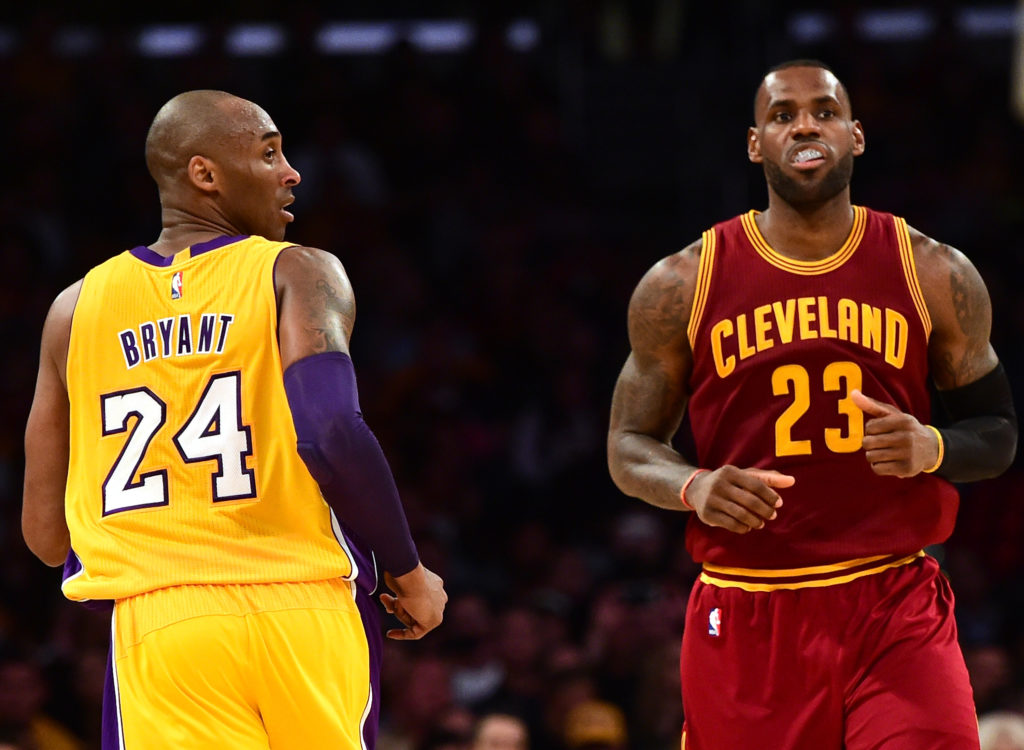 LOS ANGELES, CA - MARCH 10: LeBron James #23 of the Cleveland Cavaliers and Kobe Bryant #24 of the Los Angeles Lakers match up during the first half at Staples Center on March 10, 2016 in Los Angeles, California. NOTE TO USER: User expressly acknowledges and agrees that, by downloading and or using this Photograph, user is consenting to the terms and condition of the Getty Images License Agreement. (Photo by Harry How/Getty Images)

Rather poignantly, James paid tribute to Bryant after surpassing his points tally on Saturday, describing him as "one of the greatest".

"I'm happy just to be in any conversation with Kobe Bryant," said James.

"The man's got two jerseys hanging up in Staples Center. It's just crazy."