THE STEPHEN KENNY era got off to a rather underwhelming start after Shane Duffy's stoppage time equaliser saw Ireland secure a 1-1 draw with Bulgaria in Sofia last night.

The Brighton defender - who recently joined Celtic on a season-long loan - leaped high to guide Robbie Brady's corner passed Bulgaria's Georgi Georgiev to salvage a point on the opening day of their Nations League campaign.

It was a point they deserved, and while the result doesn't look too favourable, the performance told a slightly different story. 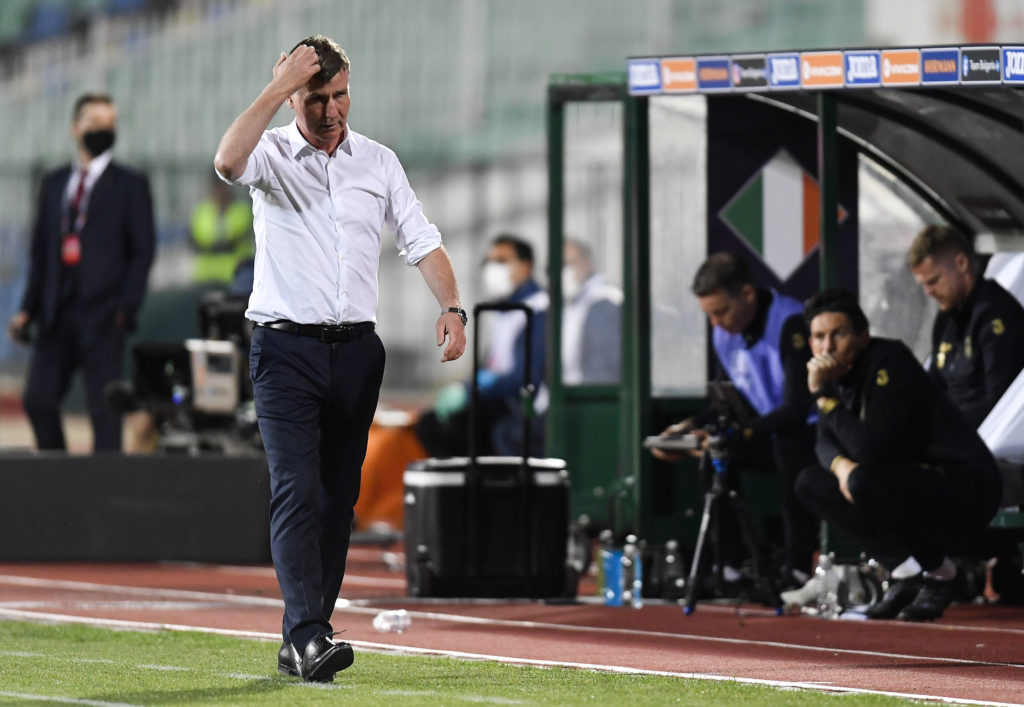 Ireland had initially fallen behind after Bozhidar Kraev's 56th minute opener, despite dominating much of the ball and creating most of the game's chances during Kenny's first test as head coach.

The result was frustrating, but there were a number of interesting changes to note - with Kenny looking to trade in Ireland's tried and tested direct style for a more high-risk high-reward approach, with plenty of youthful exuberance.

Aaron Connolly started on the left of a front three while 19-year-old Adam Idah was handed his senior debut, and with Seamus Coleman dropped for Tottenham Hotspur new boy Matt Doherty at right back, Duffy took the captain's armband. 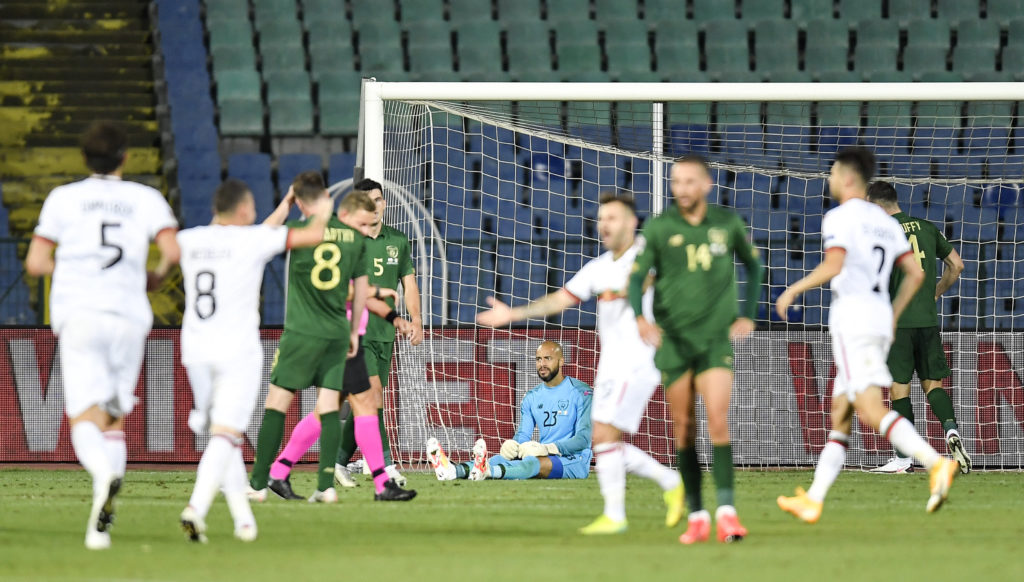 Goalkeeper Darren Randolph did his best 'Manuel Neuer' by rushing out of his box to intercept a through-ball with his head, before calmly playing the ball backwards to a defender.

There's much to like about Kenny's new Ireland, it must be said. But defensively and structurally, there's plenty of work to do.

The goal Ireland conceded was a poor one. A sloppy pass from Conor Hourihane turned the ball over for the Bulgarians who transitioned faster than Kenny's men could reorganise themselves. And when Kraev listed into a gap between Duffy and John Egan that just wouldn't close, it was too late. The striker took one touch and squeezed the ball under Randolph who thumped the turf in disgust. It was their first real sight of Ireland's goal.

Bulgaria began to hermit-crab following the opening goal and retreated to the 18-yard-line to defend their slender lead, as the likes of Connolly, Brady and later Shane Long buzzed around the opposition areas, desperately looking for un-patched holes to wriggle into. 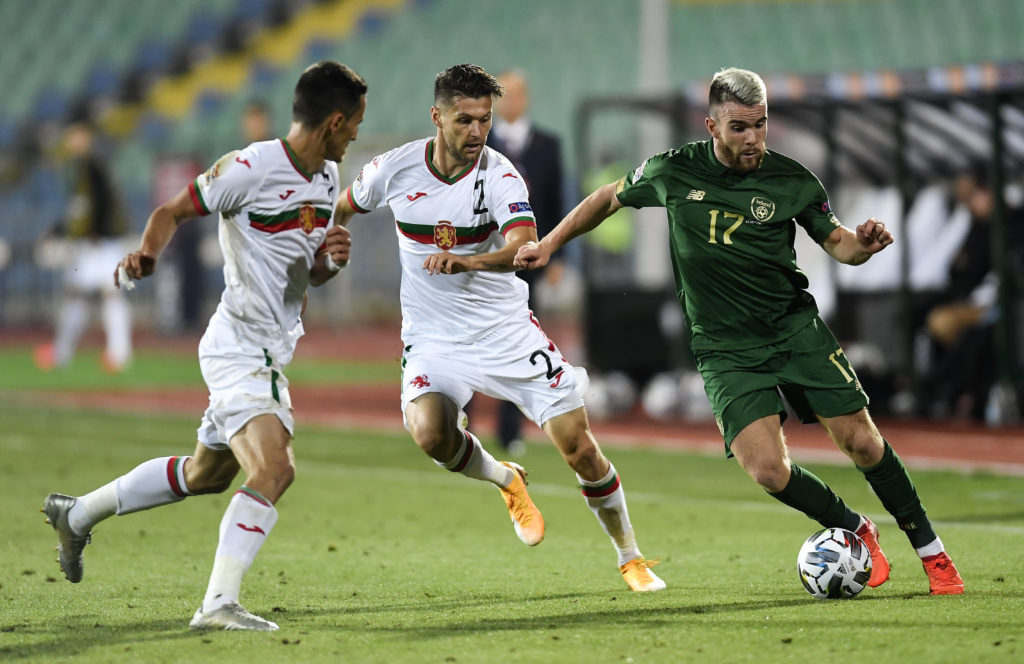 Sofia , Bulgaria - 3 September 2020; Aaron Connolly of Republic of Ireland in action against Strahil Popov of Bulgaria, 2, during the UEFA Nations League B match between Bulgaria and Republic of Ireland at Vasil Levski National Stadium in Sofia, Bulgaria. (Photo By Alex Nicodim/Sportsfile via Getty Images)

To Ireland's credit, they stuck to their guns, and rather than lump endless balls into the box, they kept their build-up play fluid, and tried to score the 'Kenny way'.

Though in the end, it was an old Irish tactic, the kind Kenny obviously wants to discourage any sort of reliance upon, that got Ireland out of trouble: A set piece, and a towering header. As Irish as a pint of the Black Stuff.

Perhaps the old way needn't be done away with so quickly after all.