IRISH TAOISEACH Leo Varadkar visited Prime Minister Boris Johnson in Cheshire, England today to further discuss the possibility of a deal before the UK leaves the EU at the end of this month.

Before the meeting, Mr Varadkar had said he was "looking forward to a detailed discussion to see if we can make any progress" on issues which include the border between Northern Ireland and the Republic.

The two leaders have now released a joint statement on the result of the discussions-- and while there was no groundbreaking progress, the pair have said they agree there there is "a pathway to a possible deal". 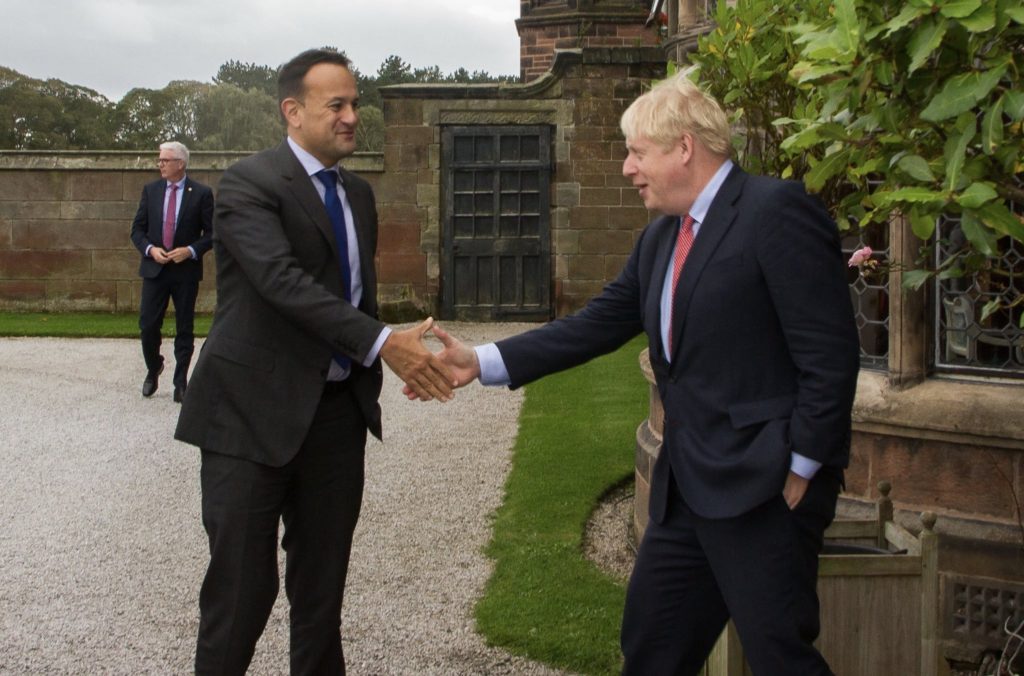 The statement in full reads:

"Joint Statement by the Taoiseach and Prime Minister

The Taoiseach and Prime Minister have had a detailed and constructive discussion.

Both continue to believe a deal is in everybody's interest. They agreed that they could see a pathway to a possible deal.

Their discussions concentrated on the challenges of customs and consent.

They also discussed the potential to strengthen bilateral relations, including on Northern Ireland.

They agreed to reflect further on their discussions and that officials would continue to engage intensively on them.

Following their discussions, The Taoiseach will consult with the EU Task Force and the UK Brexit Secretary will meet Michael Barnier tomorrow morning".