IRISH actor Adrian Dunbar has claimed he is working with his Line of Duty co-stars and Trainspotting writer Irvine Welsh on a drama about James Connolly.

Dunbar, who plays Superintendent Ted Hastings in the acclaimed BBC drama, spoke about the project on the Out to Lunch podcast with food critic and journalist Jay Rayner.

He revealed he was working on a script about the Easter Rising leader and had roped in his AC-12 screen colleagues Martin Compston and Vicky McClure. 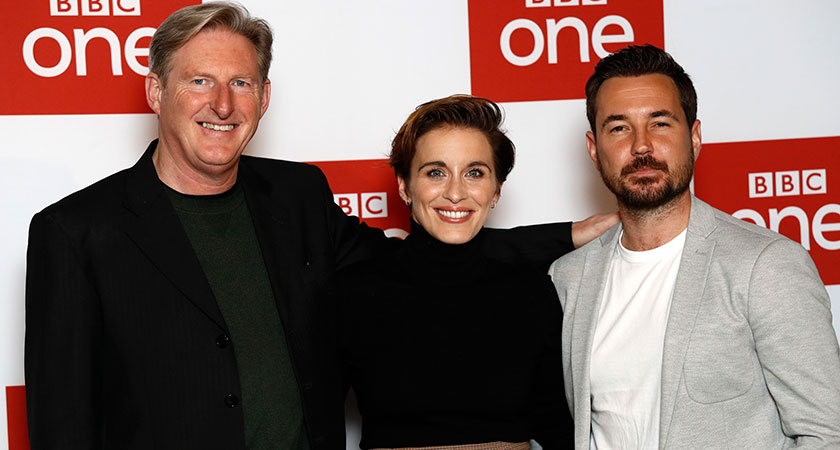 "I might be putting my toe in the water again regarding a script," said Dunbar, who co-wrote the 1991 film, Hear My Song, about Irish tenor Josef Locke.

"I'm talking to Vicki and Martin and Irvine Welsh and a few people about the possibility of writing something about James Connolly, the revolutionary.

"Irvine fits in because of Edinburgh and James Connolly and the fact that he’s a very good friend with Jonny Owen, who’s a broadcaster and Vicki's partner."

Like Welsh, Connolly — an Irish republican, socialist and trade unionist — was born in the Scottish capital, Edinburgh.

The son of Irish parents, he moved to Ireland in 1896 where he founded the Irish Socialist Republican Party.

After a spell in America, he returned to Ireland in 1910 and later helped found the Irish Labour Party and the Irish Citizen Army, leading the latter during the 1916 Easter Rising.

Appointed Commandant-General of the Dublin forces during the rebellion, Connolly led the group that seized control of the General Post Office, which served as the headquarters of the Rising's leaders.

He was one of the seven signatories of the 1916 Proclamation that was read out by Padraig Pearse at the GPO.

After the British Army suppressed  the Rising, its leaders were executed by firing squad at Kilmainham Gaol.

The last to be executed was Connolly, who had been so badly injured in the fighting that he was unable to stand and was instead tied in a chair.

Compston, who plays Steve Arnott in Line of Duty, previously visited Kilmainham Gaol and said it was his dream to play Connolly.

"I may be a bit young for it at the moment but to play James Connolly would be a dream role for me," he told RTÉ's Ask Me Anything in October 2021.