'I thought I'd get nine or 10... But there are hundreds here!' - Lonely Irish pensioner receives first Christmas cards in years

THE LOOK on his face said it all.

James Gray knew The Irish Post would be bringing him Christmas cards today. And he had been told that his story has touched thousands.

But he did not expect this.

“Do you really need such a big box? Or is that just for the photo,” James laughed outside his south London flat.

Then we took the lid off.

“You said this was just the first lot,” he exclaimed, glaring with wide, shocked eyes into his box of cards.

“I thought maybe there would be nine or 10 cards because I didn’t get a single one for my birthday.

“But these are going to keep me busy until the New Year!”

This afternoon The Irish Post delivered nearly 300 Christmas cards to the 85-year-old, who spent his last nine Christmases alone before reaching out earlier this month.

James took out an advert trying to set up a pensioners group in the hope it would help him find company for December 25 this year.

Last year the Cork-native had prawns and smoked salmon for Christmas dinner, alone at his kitchen table, before turning to his television and a newspaper for company.

But since his story was reported in The Irish Post, the response has been incredible.

The 300 cards he is leafing through this evening are the product of just two days’ worth of deliveries. 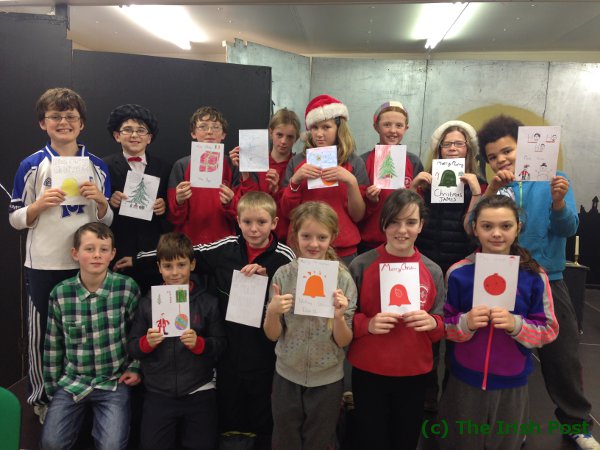 Fifth class pupils from Gaelscoil Philib Barún in Tramore, Co. Waterford were inspired by The Irish Post’s ‘Lonely James Gray’ article and made this selection of cards to send to the Cork pensioner in London. “They are really looking forward to finding out if his story has a happy ending,” said teacher Áine Breatnach.

For a man who has been alone for so long, it was hard to take it all in.

“This response is overwhelming,” James said.

“When I put the advertisement in, I thought I might get a couple of quick calls, but now I can see that all these people have gone to the trouble of writing, which I could never have expected.

Laughing, he added: “I suppose by having my photograph out there people are thinking ‘Look at this poor old chap, he has taken the courage’.”

Huge numbers of the cards received so far have come from Ireland, with others from as far afield as Copenhagen, Vienna and Geneva.

Some people have been so touched that they have sent a present. The gifts range from a Quality Street toffee penny, which plummeted out of the first card James opened, to a bottle of whiskey.

One card even included a beautiful drawing from a young child, depicting James and his new friends stood by a Christmas tree under the stars.

Deliveries from Uruguay, Hawaii, the US and Australia are expected by the end of the week. 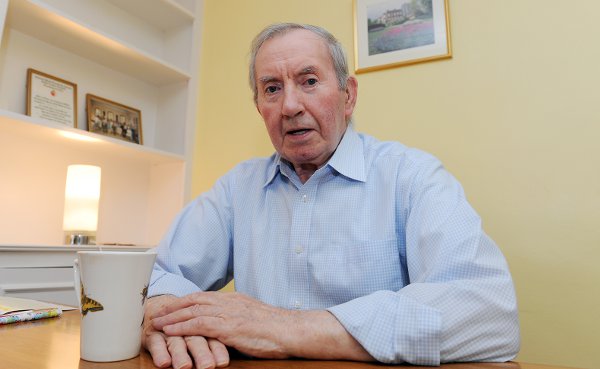 James Gray has spent his last nine Christmases alone - “This time of year is so hard if you are old and alone because it feels like everybody else around you is enjoying themselves,” he said.

“It is wonderful that so many people have written to me,” James said after reading the first 10 cards he has received in a very long time.

“It looks like these cards have come from all over the country. My carer is coming tomorrow and she is going to get a shock.”

He added: “It is a pity I did not do this some years ago, but I suppose it is never too late.”

Since The Irish Post reported on James’ brave decision to try to end his lonely streak by taking out an advert seeking Christmas companions, his story has taken the world by storm.

He is now in demand from newspapers across Britain and Ireland, as well as a number of major broadcasters.

His story has also made it as far as New Zealand, Chile and the US.

Dozens of people have written in asking whether James will be alone on December 25 this year too.

The Irish Post hopes to finalise the details of a special Christmas meal for the retired butler and a few guests in the coming days.

Regardless, James Gray will not be spending this Christmas alone.