A QUIET village in Co Longford erupted into life this past week following the births of 20 piglets.

Thought to be one of the highest number of births ever recorded in the area, the adorable baby animals were delivered at a residence in Moyne.

According to RTE News, the new piglets arrived into this world between the hours of 5am and 8am this past Thursday, July 16, at the local corner shop owned by the Bleakley family.

Born to one of two sows purchased by ag-sci student, Ronan Bleakley, the 20 piglets could soon have company too with the second sow set to give birth in the next few weeks. 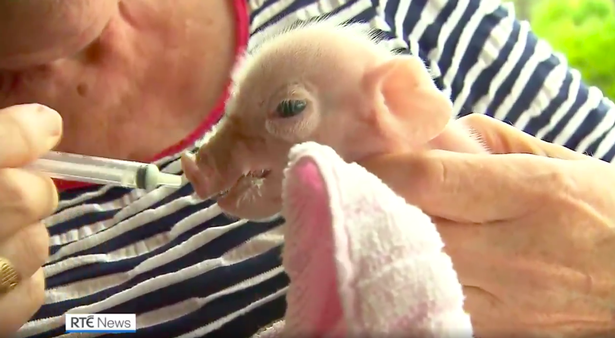 Speaking to RTE, Bleakley said he was “delighted” with the new arrivals, who have caused a stir among the rest of his pigs.

"All 20 have survived and are in good health.

"We are giving them plenty of care and TLC.

"Nobody has ever seen a sow deliver such a high number in this area and young and old are coming to inspect the piglets for themselves."

A village in Co Longford is celebrating the arrival of 20 piglets to a first-time mother. The bumper delivery is believed to be one of the highest ever recorded in the area. | Read more: https://t.co/PJw8mAmssJ pic.twitter.com/qHPKiDVYQh

There’s also good news for the runt of the litter with Bleakley’s grandmother, Mary Joe Gray, agreeing to take the vulnerable pig under her wing as a pet.

There’s no rest for the Bleakley family as a whole, however, with plans already being made for the second birthing.