IRISH LOVE Island star Maura Higgins has described the terrifying moment she came face to face with a “creepy” older man she found taking pictures of her in her garden.

The 30-year-old opened up about the “scary” situation which she likened to “something from a horror film” during an interview with the Daily Star.

The County Longford star said: "It definitely is scary. Especially with the elderly man, that really scared me.

"I was sitting outside in my dressing gown and I just turned my head and he was so close to me.

"Where my seating area is outside, the bush is right next to it and I looked and saw this man and it was like something from a horror film. He was holding his phone up and I could hear him taking pictures.”

"That’s definitely one of the downsides to being in the public eye" she added.

It’s not the first time Higgins has experienced the downside of her newfound fame.

Earlier this year she came in for strong criticism on Twitter after demonstrating a complete lack of basic knowledge about her homeland of Ireland.

She failed to answer a simple question about Irish geography, leading some social media users demanding she be stripped of her Irish passport.

The Love Island star was appearing on a new game show called The Wheel, hosted by Michael McIntyre, where celebrities help out contestants on questions of general knowledge.

Higgins missed out on a £10,000 question for contestant Barrie.

She was asked: "Geographically speaking, from which of these Irish counties would it be most accurate to say, 'It's a long way to Tipperary'?"

"Donegal I think, Donegal is up north. I would say Donegal is the furthest I think," she pondered.

"I am between Donegal and Cork I think ... this is pressure!

"But I also think Cork is the furthest ... oh this is so hard!

"I am going to be ashamed of my life, I will never be let back into Ireland."

After her jumbled musing, the contestant unfortunately went with Cork, which borders Tipperary, and lost out on a cool £10,000. 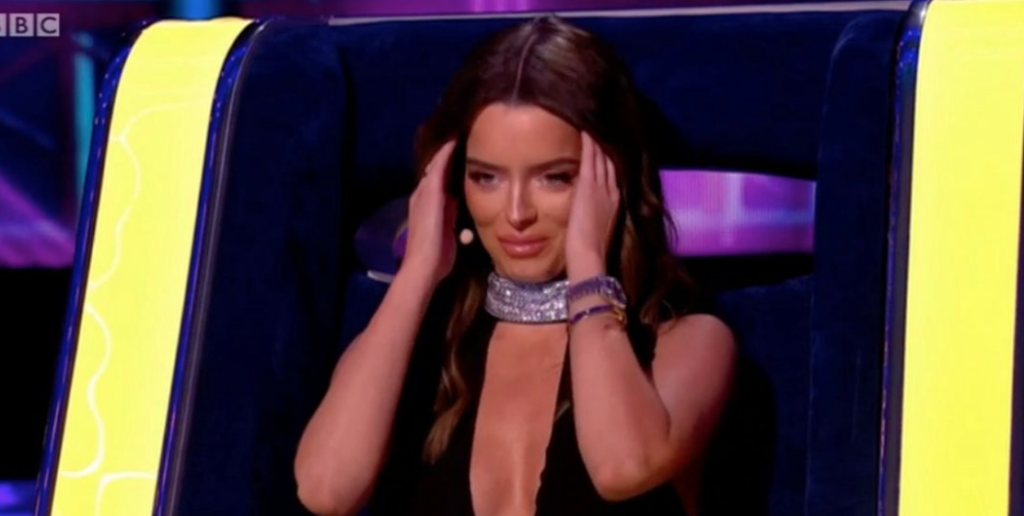 She later took to Twitter to claim that the pressure got to her, but Irish folk watching the show weren't so easily satisfied.

"I swear to God ... Maura Higgins just got the simplest Q on the category of Ireland on #thewheel. Can she please leave her passport back into the nearest P.O. please," wrote one Twitter user.

"#TheWheel on @BBCOne is one of the most bizarre quiz shows I've ever seen. Maura Higgins, sitting in a chair as an expert on Ireland, the woman thought a soprano was a fish," wrote another.