AN Italian man has been charged with the horrific assault of Irish father-of-three Sean Cox outside Anfield Stadium last year.

Simone Mastrelli, 30, was extradited to the UK yesterday after being arrested on a European Arrest Warrant in his native Rome in connection with the attack before Liverpool's Champions League clash with AS Roma on April 24, 2018.

Mr Cox, 53, from Dunboyne in Co. Meath, suffered catastrophic head injuries during the assault and remains in recovery at the National Rehabilitation Hospital in Dún Laoghaire.

"Mastrelli was extradited back to England yesterday and has been charged with Section 20 assault and violent disorder," a Merseyside Police spokesman said on Friday.

"He has been remanded in custody to appear at South Sefton Magistrates' Court at 2pm today." 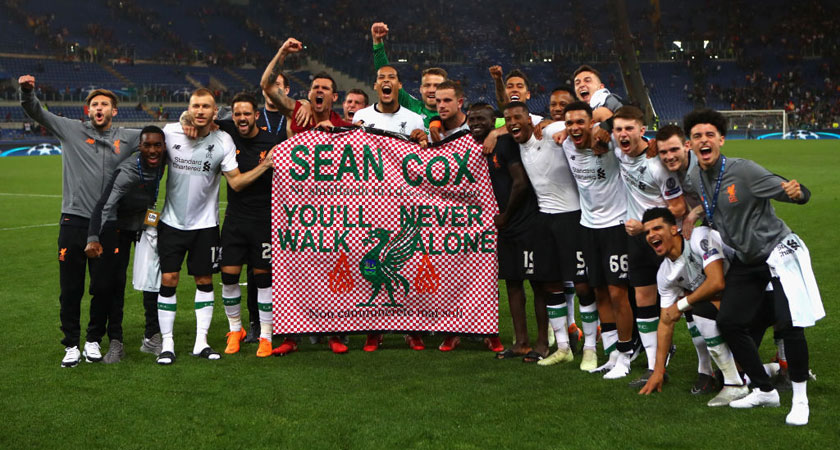 Liverpool have continued to show their support for the Cox family (Image: Getty)

The Reds have thrown their full support behind the Cox family through their ordeal and manager Jurgen Klopp was among thousands who donated to a GoFundMe page set up to help Sean and his family in the wake of the attack.

Klopp also took time out of his hectic pre-season schedule back in August to meet Sean in Dublin, before his players paraded a banner in support of the stricken Irishman after a friendly win over Napoli attended by the Cox family.

A team of Liverpool Legends will take on a Republic of Ireland XI at Dublin's Aviva Stadium on April 12 to raise funds for the Sean Cox Rehabilitation Trust.

Sean's wife, Martina Cox, said: "Sean has been supporting Liverpool all of his life and to have this match in Dublin in his name will be a special day.

"It’s going to be a very long and slow process for Sean’s recovery and I’d like to thank the overwhelming support Liverpool fans have shown.

"I’d also like to thank the club, players and those former players who will be playing in the match for their continued support. We are also working with LFC on a number of other initiatives that will help to support Sean’s care in the years ahead."