GARDAÍ HAVE arrested a man in connection with the newest act of vandalism on the Luke Kelly statue in Dublin city centre.

Yesterday, locals woke up to the news that the statue of The Dubliners musician had been vandalised for the seventh time in just over a year, drawing fury and frustration from the community.

Now a man in his 40s is facing prosecution in relation to the incident.

The suspect was arrested yesterday, Monday 13 July, and taken to Store Street Garda Station where he was detained under Section 4 of the Criminal Justice Act.

He is due to appear before the Criminal Courts of Justice later this morning. 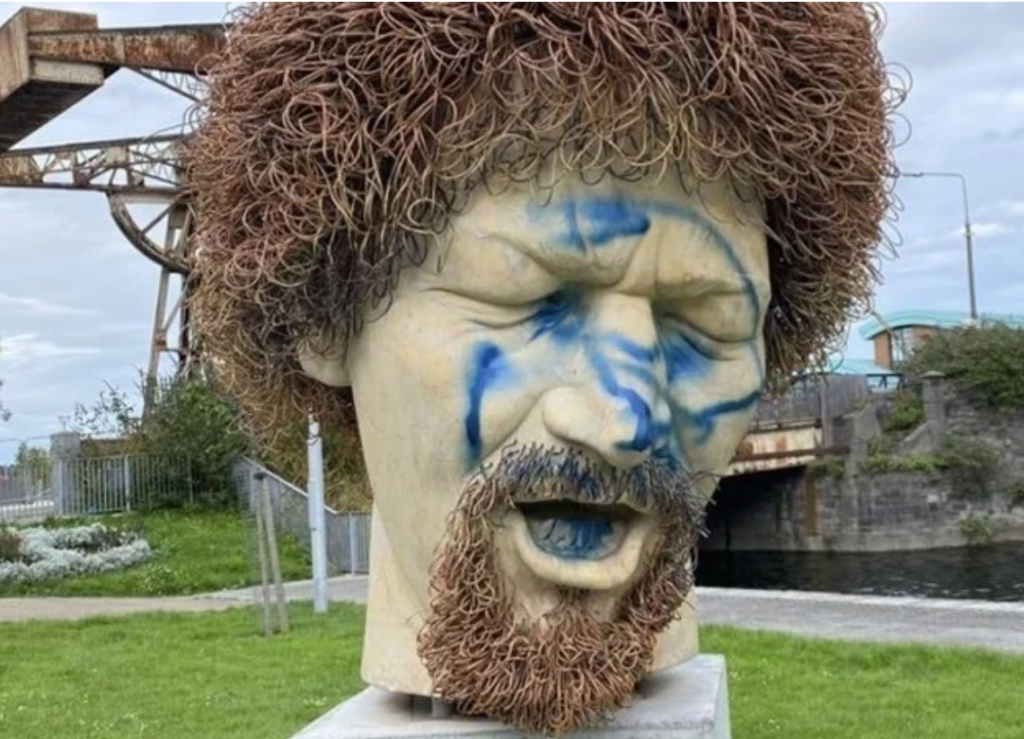 In June, two youths were arrested after the statue was vandalised for a fifth time-- however they were not charged in relation to that attack but for two separate acts of vandalism against the statue in March and January.

There have been multiple calls for CCTV to be installed, as well as raising the plinth upon which the bust sits and the installation of a 5ft spiked railing, but there have been no preventative measures taken so far.

The North Wall Community Association yesterday released a statement condemning the repeated attacks on the bust and apologising to Luke's family for their continued distress caused by the repeated acts of vandalism.

"We are very proud of the fact that Luke was born and raised in the North Wall," they said.

"[We] ask that these terrible attacks stop and that this mindless stupidity is ended once and for all."