The drugs were worth an estimated €4.69m (Image: An Garda Síochána)

GARDAÍ have arrested a man after seizing almost €4.7m worth of drugs in Dublin.

The 67kg of cocaine, valued at €4.69m, was discovered after a vehicle was stopped in Leopardstown on Friday in an operation by the Garda National Drugs & Organised Crime Bureau.

A man in his 20s was arrested by gardaí and taken into custody at Dundrum Garda Station. 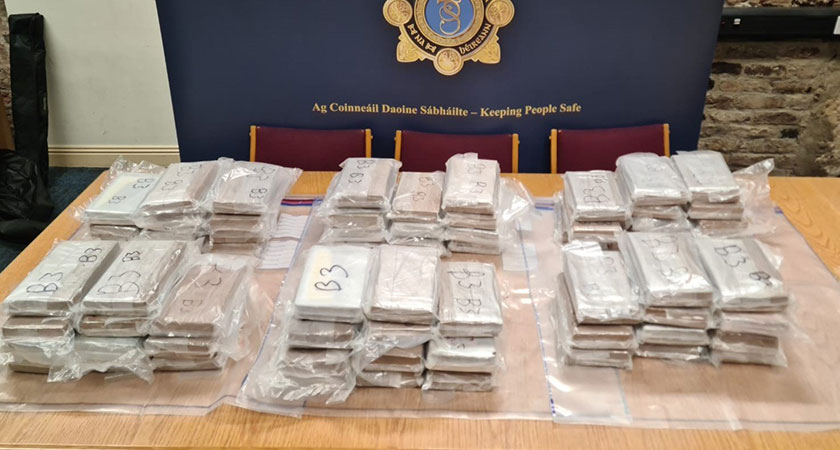 A man in his 20s has been arrested in connection with the seizure (Image: An Garda Síochána)

Assistant Commissioner John O'Driscoll said the find was a major boost in its battle with organised criminal gangs.

"The successful outcome to an operation undertaken by the Garda National Drugs & Organised Crime Bureau, involving the seizure of cocaine with a street sale value close to €5 million, reflects the Garda Síochána's determination to dismantle organised crime groups that trade in drugs," he said.

He added that investigations are ongoing.