A MAN has been arrested in connection with a firework attack on gardaí during last weekend's lockdown protest.

Up to 2,000 angry demonstrators gathered in the capital city calling for an immediate end to the lockdown, with the protests soon turning violent.

Footage of the protests circulated widely last weekend, particularly a shocking video which saw a man walk up to Gardaí through the crowds and let off a firework directly in their direction.

The firework goes off several times, and Gardaí rush at the crowd with batons, seemingly in an attempt to arrest the man.

While the suspect managed to evade capture at the time, gardaí in Dublin have now confirmed they have arrested a man in his 30s in connection with the firework incident. 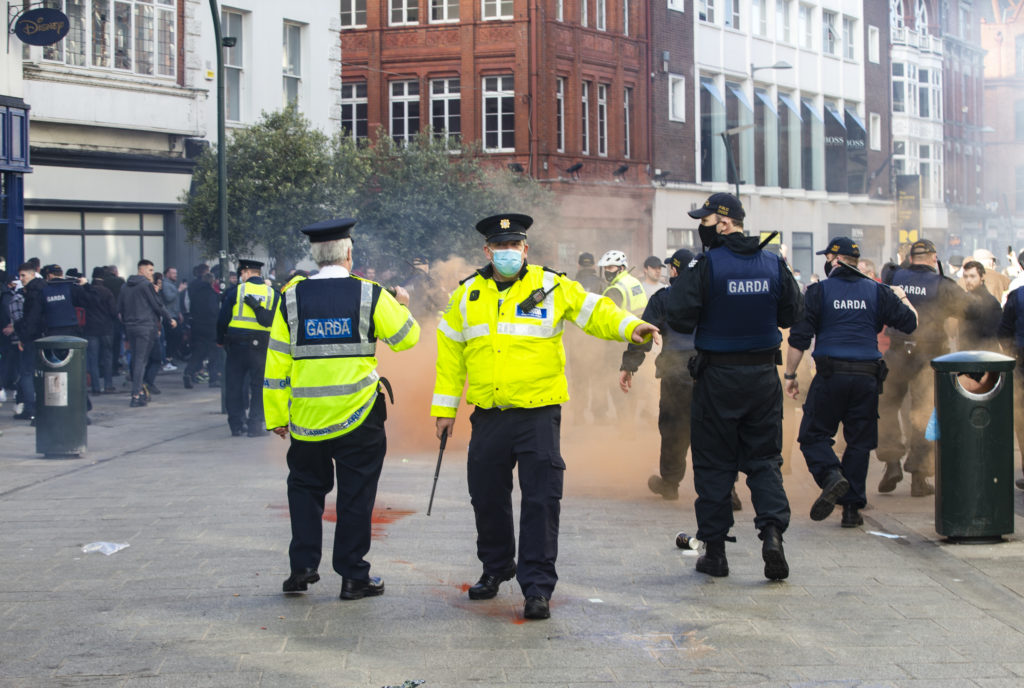 27/02/2020. Anti Lockdown Protest - Dublin. Pictured members of An Garda Siochana are forced to draw batons as an angry Anti Lockdown protest tried to break through erected barriers to a meeting spot at St Stephens green, Fireworks and bottles where thrown up Grafton Street before the crowd marched around the City Center before finishing at the GPO. Photo: Sam Boal/Rollingnews.ie

In a statement, gardaí said that a man was arrested yesterday, Tuesday 2 March, and is being detained at Irishtown Garda Station under Section 30 of the Offences Against the State Act of 1939.

He can be detained for up to three days for questioning.

The man joins 20 other people who have been arrested and charged in connection with their involvement in the lockdown riots, 13 of which have already been before the courts.

RTÉ News reports that members of An Garda Síochána searched a house in south Dublin on Monday as part of the criminal investigation into the fireworks attack, and that several items-- including fireworks-- were removed from the premises.

Fireworks are illegal in Ireland under explosives legislation; it is understood the firework used by the suspect during the protests can shoot up to eight missiles.