Man charged in connection with disappearance of two missing children

A MAN has been charged in connection with the disappearance of two boys who have been missing since Friday last.

Brothers Fabricio and Patrick Hovarth, aged five and eight respectively, were last seen getting into a black Ford car in Belfast around 6pm on Friday, 14 May.

Both the Police Service of Northern Ireland (PSNI) and An Garda Síochána have issued missing person appeals as it is believed the boys and whoever took them-- who could be in the company of a relative-- may still be in either Nortern Ireland or the Republic.

Now the PSNI have confirmed they have arrested and charged a man in his 20s in connection with the children's disappearance.

The 27-year-old, who has not been named, has been charged with two counts of keeping a child away from the responsible person. He is due to appear in Laganside Magistrates Court this morning. 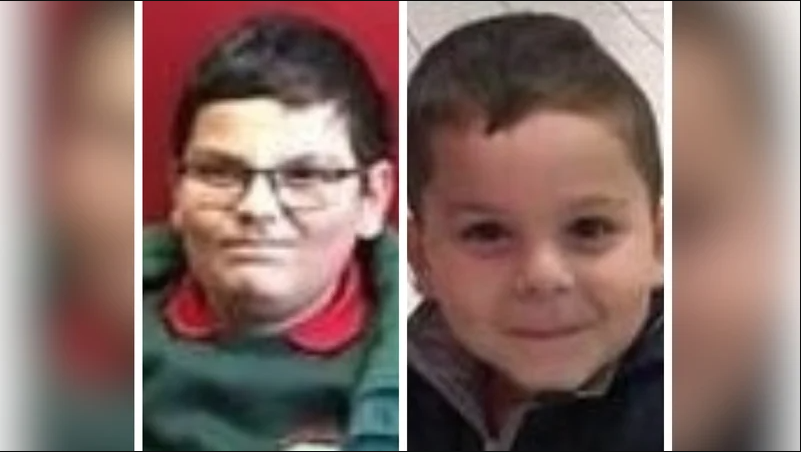 Fabricio and Patrick Hovarth have been missing since Friday last

Fabricio and Patrick are still missing, and the PSNI are "keen to know that both boys are safe and well".

In an appeal issued earlier this week, Inspector Phil McCullagh described both boys as being dark-haired, and at the time they were seen getting into the black car."

"If any members of the public have any information about the boys or have seen them since Friday evening, I would urge them to contact police immediately.”

Launching an updated appeal for information yesterday, Detective Inspector Carol Dane said "We still believe they may be in the company of a friend or relative in Northern Ireland or they may have travelled to the Republic of Ireland.

She urged anyone who may have information which could lead to the safe return of the boys to contact police immediately.