A MAN has been charged with lewd and lascivious behaviour after repeatedly trying to have sex with the exhaust of a parked car.

Ryan Malek, who was named in court records posted to The Smoking Gun, stands accused of exposing himself with the intent of arousing or gratifying his "sexual desires".

Police responding to a 911 call came across the visibly intoxicated Malek outside an apartment complex in Newton, 25 miles from Wichita on May 1st.

At the time, he was attempting to place his penis inside the exhaust of a car parked outside the property and continued to try and have sex with the car even after police arrived on the scene.

Officers were eventually given little choice but to tase Malek, who was taken into custody and transported to a nearby hospital for further treatment. 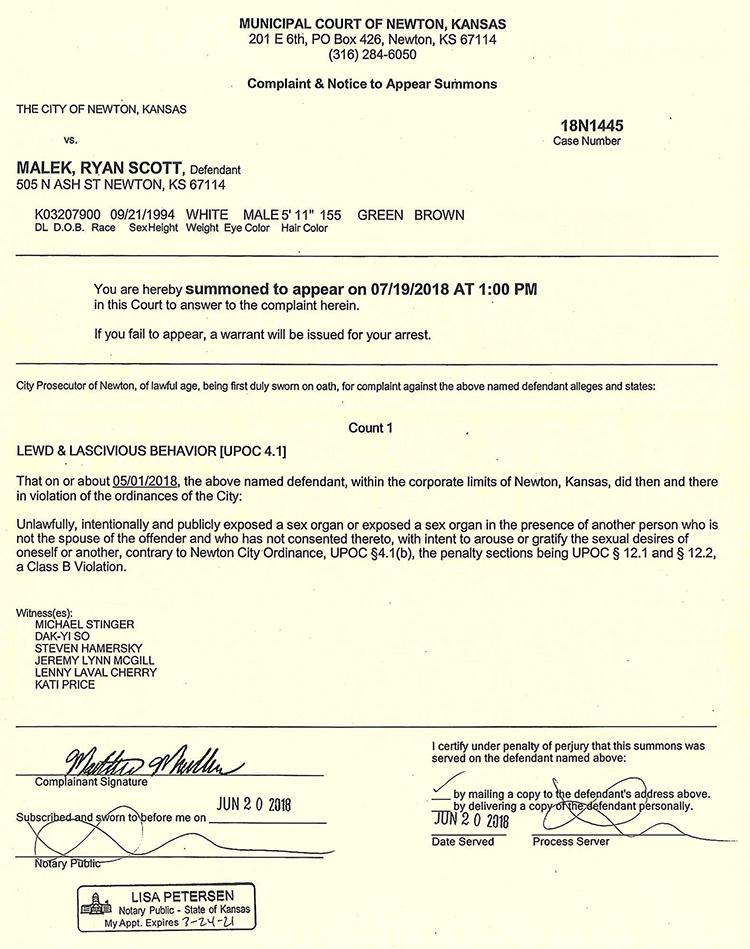 His blood alcohol content was later measured at more than four times the legal limit while his rap sheet includes previous arrests for marijuana possession and aggravated assault.

According to the documents, six different witnesses are listed as having seen Malek attempting to insert his penis into the car exhaust.

He has been summoned to appear in court on July 19 to answer his charges. It's not looking good for him.