Melbourne goes back into lockdown following spike in Covid-19 cases

RESIDENTS of Melbourne, Australia have been told they must once again stay at home after the city was ordered back into lockdown.

The restrictions will officially kick back in at midnight on Wednesday and are due to last at least six weeks, according to State Premier Daniel Andrews.

Australia will also be effectively sealing off the wider state of Victoria from the rest of the country, with travel to and from the area heavily restricted and monitored.

The decision comes after a worrying spike in coronavirus cases. 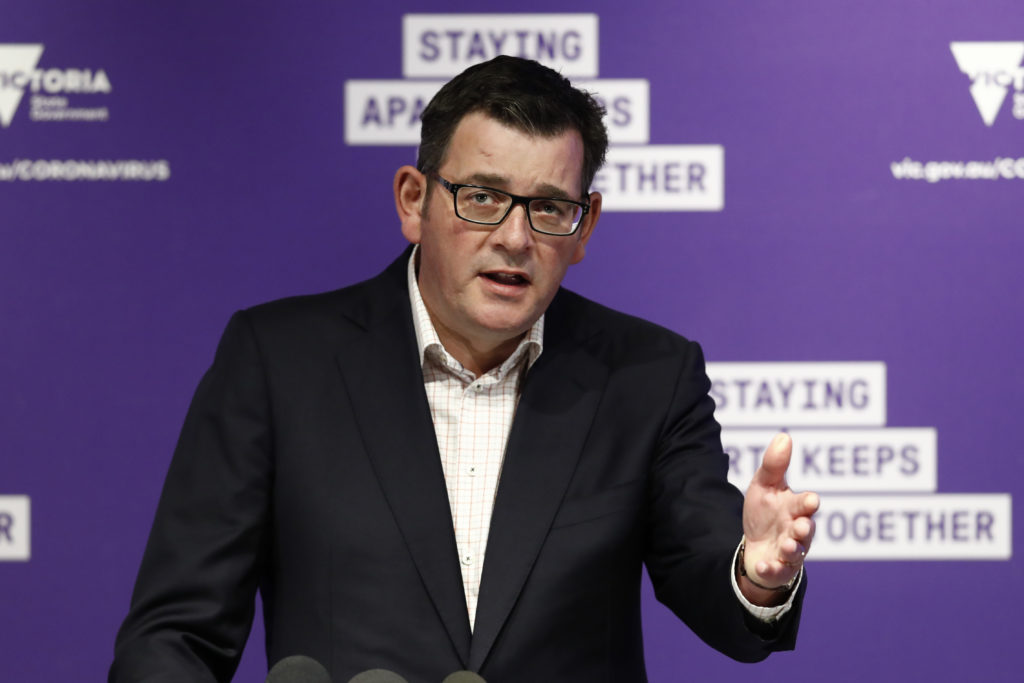 MELBOURNE, AUSTRALIA - JULY 07: Victorian Premier Daniel Andrews speaks to the media on July 07, 2020 in Melbourne, Australia. Victorian premier Danial Andrews has announced further lockdown measures for residents in metropolitan Melbourne or the Mitchell shire for six weeks effective from 11:59 Wednesday 8 July. The announcement comes after the state recorded its highest daily increase since the epidemic began, with 191 cases recorded in the latest 24-hour reporting period. Under the new lockdown restrictions, people will only able to leave home have for exercise or work, to buy essential items including food or to access childcare and healthcare. Victorians cannot gather in groups of more than two or their household group, school holidays will be extended for at least a week. Retail can remain open and markets are permitted to open for food and drink only. Cafes, restaurants, pubs, clubs and bars are back to takeaway only. (Photo by Darrian Traynor/Getty Images)

More than five million people live in Melbourne, while the state of Victoria is home to around 6.6 million.

Australia has been gradually relaxing lockdown regulations over the past few weeks, but has taken the decision to ramp them back up in Victoria after a surge in cases.

Victoria announced a record 127 new Covid-19 cases on Monday as the virus continues to spread through Australia's second largest city - including a cluster in several densely populated apartment blocks.

Andrews describes the decision to reimpose lockdown as "the smart call, the right call at this time, given the significant challenges we face in containing this virus."

Police have announced that they will monitor the border of the city with "drones and other aerial surveillance.

They warn that individuals could face large fines and even up to six months in jail for trying to break lockdown.

Australia has recorded around 8,500 cases of coronavirus and 106 fatalities in total since the pandemic began.