MESSAGES of support left at the site of a mural of Savita Halappanavar will be preserved, catalogued and digitised.

Dublin City Library and Archive confirmed the news this afternoon after much of the public called for the mural to be digitally preserved.

The cause of death was recorded as severe sepsis, E. Coli in the bloodstream and a miscarriage.

Her story became pivotal in the campaign to repeal the Eighth Amendment.

The mural will remain in place for the time being. 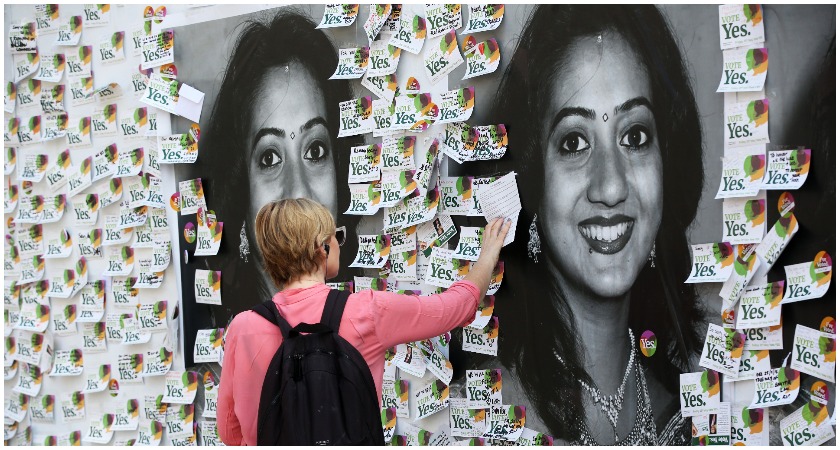 It was erected on the eve of last Friday’s referendum vote by Irish artist Aches on Richmond Street South in the city centre.

The memorial is covered in flowers and ‘Yes’ leaflets which are covered in emotional messages and tributes to Savita.

Dublin City Library and Archive commissioned a photographer to take photos of the mural and notes.

Amongst the notes were slogans and sentiments such as ”Trust women”, “Our bodies, our choice”, and ”Never again”. 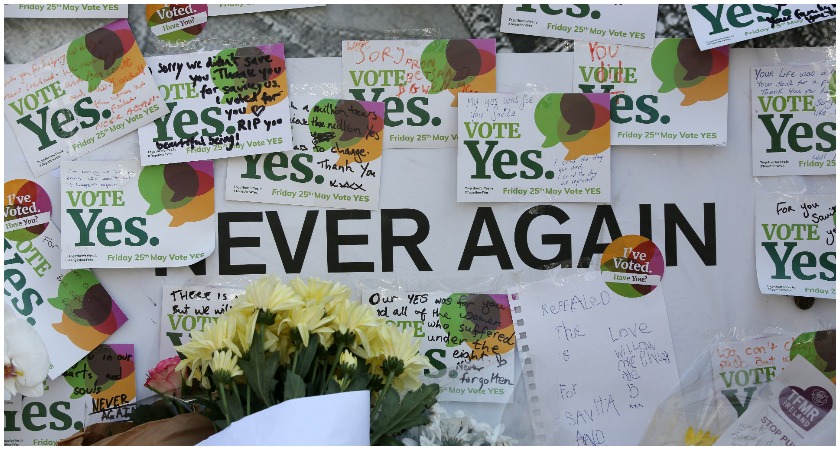 “I hope no one has to die like you again, we are sorry. Let’s do you right finally.”

“For Savita, you made us fight. Never again.”

“Stay strong girls of Ireland, this is just the beginning of a long journey.”