MINISTER EAMON Ryan has come under fire for cleaning his glasses with his face mask during an interview about the threat of Covid-19 and the importance of following public health guidance.

The Green Party leader, whose party is in a coalition with Fianna Fáil and Fine Gael, was speaking in a live interview with RTÉ's Today With Claire Byrne after the announcement that the 5 July reopening of indoor dining would be pushed back due to the rise of the Delta variant of Covid-19.

New plans from the Government and the National Public Health Emergency Team (NPHET) would see only the fully vaccinated and those who can prove they have recently recovered from Covid-19 allowed to dine indoors, with a system set to be laid out by 19 July.

The plans have proven hugely controversial, and Mr Ryan was defending the strategy on the radio show yesterday afternoon when cameras caught him cleaning his glasses with a face mask.

He told Claire Byrne that while NPHET have advised only the fully vaccinated should be allowed to dine indoors, he would not rule out that the strategy could be "advisory" rather than the law, despite NPHET making clear the system should be enforceable.

"It’s not their job to actually make it enforceable and the reality of that is something that Government have to consider and have to make happen," he said.

“So we have to take responsibility for that. It’s not NPHET’s job to to decide how we do that."

Minister Ryan's comments have been somewhat overshadowed by the clip of him cleaning his glasses with a nearby PPE mask, as despite it being a radio interview, a video was also played live on the RTÉ News TV channel. 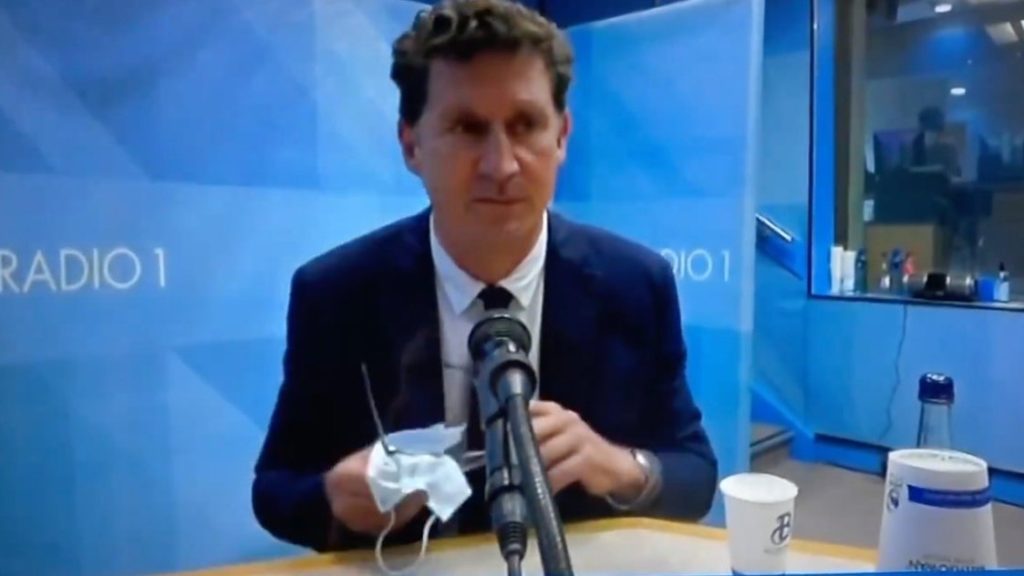 Reactions on social media have ranged from the outraged to the exasperated, with one person writing it was "un-f***ing-believable".

"Are we just gonna ignore the fact Eamon Ryan was cleaning his glasses with his mask," one person wrote, sharing the image on Twitter and asking "how are we meant to take this government seriously".

Multiple restaurants, bars and cafés across Ireland have indicated that they will not comply with the controversial plans to allow only the fully-vaccinated to dine indoors sometime after 19 July, with many calling it 'unjust' and 'discriminatory'.

One restaurant owner based in County Kerry has even vowed to reopen his business as planned on 5 July regardless of the extension of restrictions announced by Taoiseach Micheál Martin earlier this week.

Fines for parking on footpaths, cycle and bus lanes increases to €80