IAN Brady's ashes have been buried in the Irish Sea after the depraved Moors Murderer was cremated in secret.

Brady, who died in May aged 79, was incinerated without ceremony last Wednesday before his ashes were discarded into the sea off the coast of Liverpool.

No music or flowers were allowed for the child killer and his ‘burial’ occurred in the middle of the night.

Authorities ensured Brady’s remains were disposed of in secret so that “offence and distress” was not caused to his victims’ families. 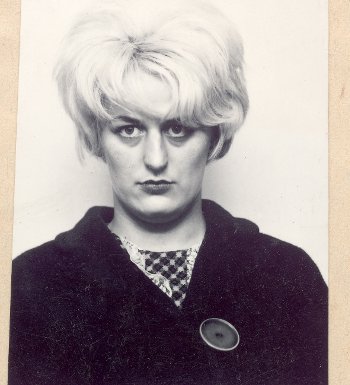 Myra Hindley died fifteen years ago in prison at the age of 60.

Brady and his accomplice Myra Hindley tortured, sexually assaulted and murdered five children in the 1960s before burying them in shallow graves on Saddleworth Moor, northwest England.

In 1985, Brady admitted to killing Pauline Reade, 16, and 12-year-old Keith Bennett, whose body has never been found.

Keith’s mother Winnie Johnson died in 2012 having never learnt where her son was buried.

Brady died at Ashworth High Security Hospital in Maghull, Merseyside, where he had been held since 1985.

An inquest found that he died of natural causes.

He was born Ian Stewart in Glasgow in 1938, before taking the surname of his stepfather Patrick Brady – an Irish labourer who married his mother in Manchester.

The evil killer’s body was collected from Royal Liverpool Hospital's mortuary at around 9pm on Wednesday October 25, authorities revealed.

The corpse was brought under police escort to Southport Crematorium where a cremation occurred at 10pm with music and flowers forbidden.

The ashes were then placed in a weighted, biodegradable urn and driven to Liverpool Marina.

They were taken out to sea by boat and disposed of at around 2.30am on Thursday morning.