MORRISSEY HAS announced the death of his beloved mother, Elizabeth Anne Dwyer, following a period of illness.

Born and raised in Dublin, Dwyer emigrated to England with her husband Peter Morrissey in 1958, settling in Davyhulme, Manchester.

One of two children born to the couple, Morrissey went on to form The Smiths with friend and co-founder Johnny Marr, with his lyrics often taking inspiration from his experiences growing up in the north of England.

His mother, who was thought to be in her eighties, was an avid fan of her son’s music, regularly attending gigs and providing a constant pillar of support to the often-contentious British music icon.

Her sad passing was confirmed in a message posted on MorrisseyCentral: "Morrissey’s very beloved mother – and best friend, Elizabeth Dwyer, has passed away. A service will be held in Dublin where Elizabeth was born. All are welcome." 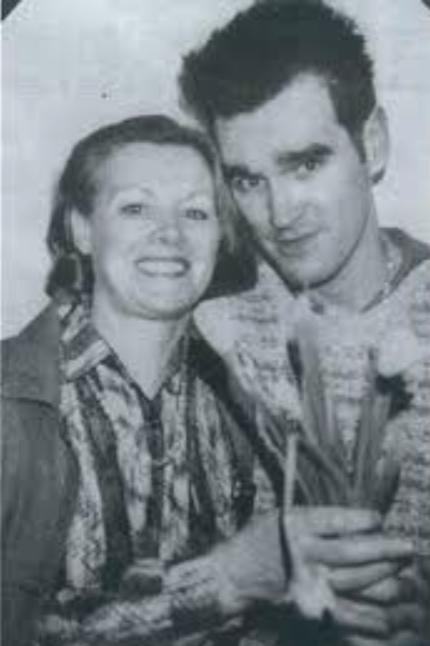 It comes just a few days after Morrissey informed fans of his mother’s ill health and asked them to pray for her, telling them without her "there is no tomorrow".

Sharing a photo online of them together when he was in The Smiths, Morrissey wrote: "With this broken voice I beseech you, my friends, to offer prayers of hope and prayers of intercession for the recovery of Elizabeth Anne Dwyer, who is my mother, who is in trouble, and who is the sole reason for all the good and motivational things in my life.

"She is me, and without her vahaan koee kal hal … there is no tomorrow. I ask no more of you… for there could be no more to ask."

A near-constant presence at Morrissey gigs over the years, Dwyer’s last appearance came during a concert at the London Palladium in 2018.