THE SECOND day of a murder trial in Dublin has brought to light gruesome revelations relating to the murder of 61-year-old Patricia O'Connor.

He had initially claimed he had killed Ms O'Connor in self defence when he was first charged with the murder in June of that year.

The Irish Times reports that the Central Criminal Court was today told that Ms O'Connor's cause of death was a minimum of three blows to the head with a weapon.

Her body was concealed in the boot of her own car and brought to a rural location in Co Wexford.

She was buried in a shallow grave but was later dug up and dismembered into 15 seperate pieces using a hacksaw, the court heard today.

Her remains were found in nine different locations across the Dublin and Wicklow mountains, including close to Glenmacnas waterfall, a scenic spot popular with tourists. 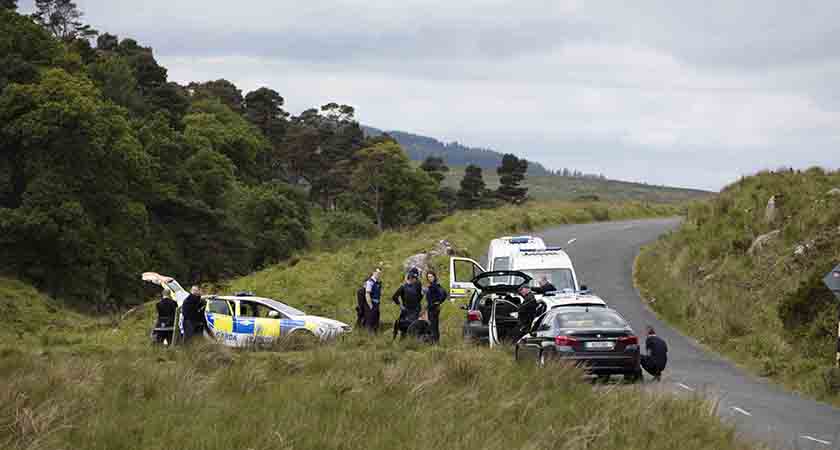 Gardaí searching for the remains of Patricia O'Connor on the Wicklow Mountains in 2017 (Picture: RollingNews.ie)

The initial find was by a member of the public while they were out walking on June 10, 2017. Gardaí later found her limbs, torso and a plastic bag containing her hands and head.

They are accused of knowing or believing that Mr Greene had committed an arrestable offence to do with the murder of Ms O'Connor: The Irish Mirror reports that Prosecuting Counsel Róisín Lacey told the jury there was a plan to cover up the murder, which included Ms O'Connor's granddaughter Stephanie dressing up as the murdered woman and leaving the house with a suitcase to make it seem like Ms O'Connor had run away.

The trial, which continues today (Thursday), opened yesterday and is expected to last between five and seven weeks.