AT THE age of five Birmingham-born Mary Lodato was sent to Ireland to live in her parent’s home county of Dublin.

Over the next nine years she would endure a horrendous catalogue of sexual, physical and emotional abuse under the cruel regimes employed in four of the city’s industrial schools.

Although a move back to England at the age of 14 saw her break free of the clutches of Ireland’s “poisonous” state school system, she has spent every year since attempting to heal the demons left by the experience.

But that journey, which she claims will only finish “when life itself ends”, has moved on rapidly in more recent years, where – after learning to read and write at the age of 37 – Mary published an autobiography documenting her experiences and went on to complete a PhD on that same topic.

As a result the survivor has found the sides of herself that were lost to the abuse she suffered in her youth, which have in turn allowed her to reclaim her feminine identity and promote that others do the same.

“When I was in those institutions I experienced everything possible - physical, sexual abuse, neglect, brutality and cruelty - and I attempted to heal that in many difference ways, through very different counselling therapies, in the years that followed,” she told The Irish Post. 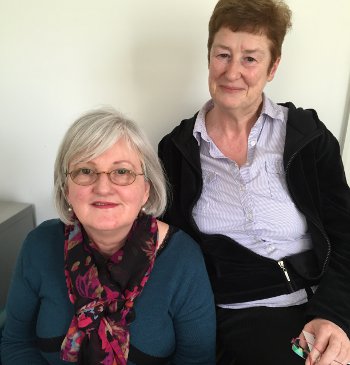 “You name it, I tried it and nothing did it,” she added, “but then in 2005 I went through the redress scheme in Ireland, which was the most shocking experience of my life, and I decided something had to change.

“That experience was absolutely abusive all over again and it prompted me to write my story. There was a nine month period between completing the redress scheme and starting the book, so in a way I gave birth to myself that year” she joked.

While her infectious sense of humour and gregarious personality is clear at all times, Mary is serious about the positive impact the book – which took two years to write - and the PhD which followed have had on her recovery.

“The book was hugely transformative for me, it allowed me to recognise the different sides of myself – the educational self, sexual self, creative self and the spiritual self - and work with them individually,” she admits.

“Then I set up a dialogue between my educational self and my sexual self and realised there was a whole load of politics in there and religion to be dealt with. It was really quite exciting that I had found the tools and skills to actually transform and change this. While 25 years of going through therapy didn’t touch it, suddenly I had found something.”

Buoyed by the positive impact her findings were having on her life, Mary, who has now lived in Dagenham in east London for more than 20 years, decided to continue her studies of the self.

In 2007 she embarked on a PhD course at the University of East London, where she tackled Institutional Abuse in the Irish Republic: Survival, Redress and Recovery, which she finally completed in 2014.

“I didn’t know I was going to end up doing a PhD,” she claims, “I didn’t even start to learn to read or write until I was 37, but I went on a journey and I went where it took me and that project brought a further creative side of my recovery out.”

Mary found a secondary outlet for her personal narrative within the UEL course, where she brought her feelings, emotions and identity to life in art on canvas.

“Mine was a PhD by practice, where my book was the practice but the art I ended up doing was what I used to illustrate it and show another narrative.

“The canvases worked to tell my story in my voice and I got things out onto those pieces which surprised even me.

"Both the book and the canvases featured in the project and both helped me to explore my wounds,” Mary adds. 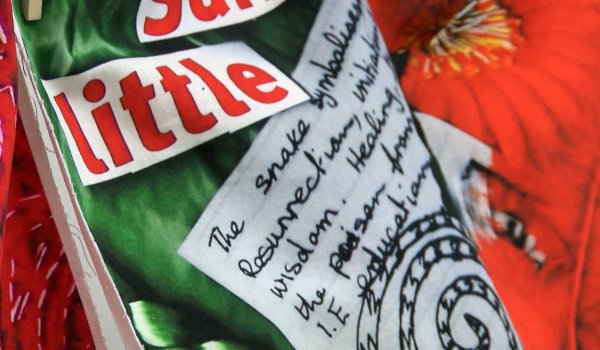 Mary's canvases, which formed part of her PhD project at UEL, helped her tell her story

While Mary claims she has found “pure joy and happiness” as a result of the transformation achieved through her work to date, she hasn’t stopped there.

Instead she has spent the past year bringing her unique creative process to other Irish women, both survivors and non-survivors, to help them bring their own identities out of the shadows.

Mary has already given a number of successful workshops for the Irish Women’s Group, based at the West Hampstead Women’s Centre, where she will return to run a day session later this month.

“We have many speakers and many members who come along to our weekly group, but we don’t often have Irish women taking craft sessions,” Marian explains.

“It’s as though it’s too much of an indulgence. So many of them come from a place where hard work is key and everything  has to be justified by some product or approval or some authorised space, that they find it hard to allow themselves that creative space, but it can be so important.

“Mary’s sessions here to date have shown how impactful it can be and it’s been great to see our women really warming to the group and getting fully involved - so we’re delighted to have Mary back this month and to continue working with her in the future.”

For further information about the Irish Women’s Group, which is open to all women of any generation, or Mary's workshops, click here