PRESIDENT JFK is known worldwide for many things, from his progressive goals to his untimely death-- but not many people know the Irish-American was a talented painter.

This, however, looks set to change, as a major collection of items which used to belong to the late John F Kennedy is soon going up for auction-- a collection which includes original watercolour paintings by the former president.

The two art pieces, which are signed by John F Kennedy and which were painted by him during his election campaign in 1960, were gifted to a personal friend and have never before been seen or offered to the public previously, according to RR Auction.

The original watercolour and gouache paintings depict two scenes in New York: Sheepshead Bay and Marine Bridge. Mr Kennedy was known to have a love of sailing and was known to "doodle" boats from time to time, but these gorgeous paintings are on a different level. 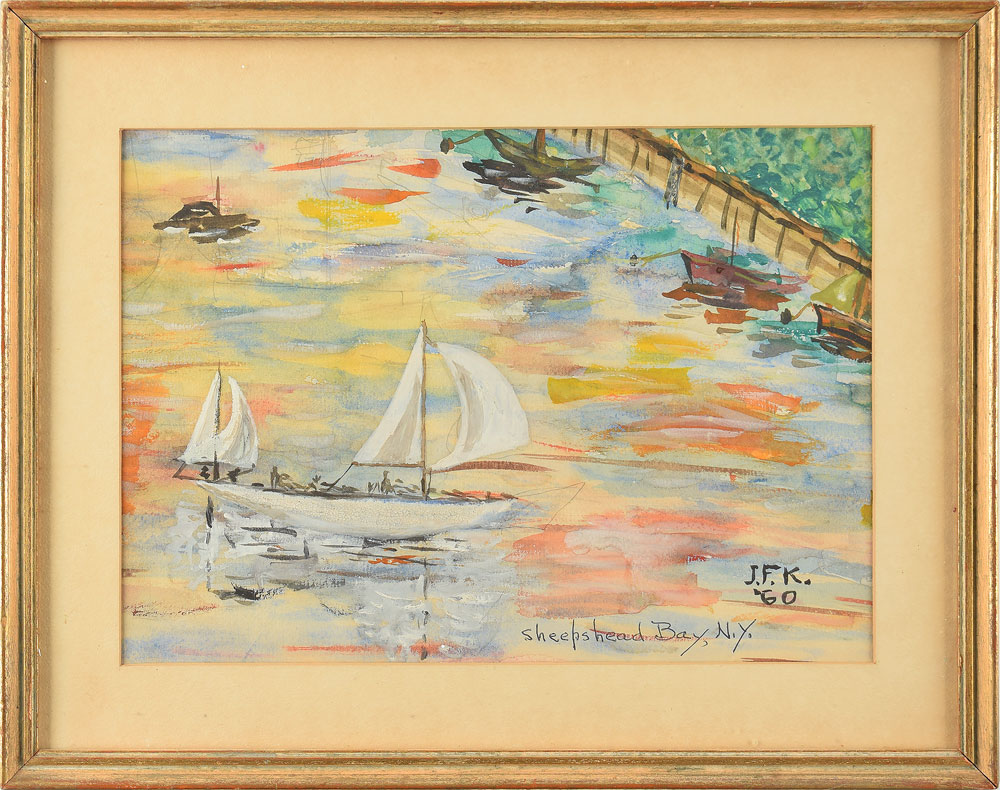 The paintings make up part of collector Ronnie Paloger Collection of John F. Kennedy Memorabilia and Photography, which is being described as "the finest, most comprehensive and historically significant JFK Collection ever assembled by a private collector".

The collection of memorabilia is being offered on auction in its entirety for a whopping $1.5 million, which owner Mr Paloger believes should be permanently housed in a museum.

If the entire collection does not receive the offer of $1.5million, Mr Paloger's collection will go on sale as seperate pieces, with the paintings being offered at the starting price of $5,000.

The massive collection, which includes campaign posters, journal entries, photographs, speeches and even postcards sent when he visited Ireland, can be viewed on the auction site RR Auction here.