THE NATIONAL Archives of Ireland have released court-martial documents from the time of the 1916 Easter Rising online for the first time.

The only previous means of accessing the documents had been through the UK’s National Archives in Kew, but they will now be available to view on the Irish National Archive’s website.

The court martial files for Thomas MacDonagh reveal that the then 38-year old revolutionary leader had pleaded not guilty to the charge of “waging of war against His majesty the King”.

After he had called no witnesses to his defence, MacDonagh was found guilty and sentenced to “death by being shot”.

MacDonagh’s lifelong friend and comrade Joseph Plunkett is described by a witness in his own file as having surrendered “wearing a sword and pistol”.

Plunkett’s own sentence is listed only as “death”.

In another document, Éamonn Ceannt’s attempts to call Thomas MacDonagh to the stand as a witness are scuppered as he was executed earlier in the day:

“The prisoner calls on Thomas MacDonagh who was not available as he was shot this morning”. 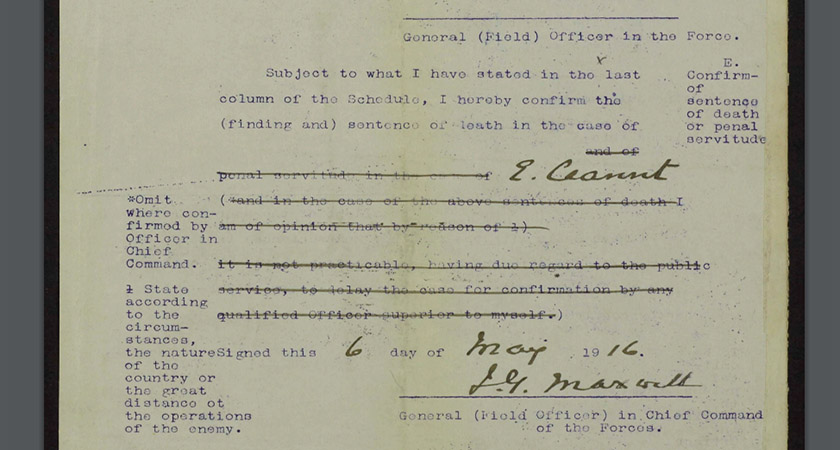 Ceannt pleaded not guilty to the charge against him but was also sentenced to “death by being shot”.

Irish President Michael D. Higgins said the files were for many years “kept secret and were inaccessible to the general public”.

President Higgins was speaking at the launch of the records at Richmond Barracks in Dublin, where those involved spent their final days.

He added that the papers “provide moving and valuable insights into the proceedings"; imparting a human dimension that can so often be missed from conventional factual historical accounts.

“They, and the many other images captured in these records, remind us that the leaders of 1916 were human and wounded agents of our freedom not abstract or mythical characters.

“They enable us to have a profound appreciation of the real and human sacrifices that they and their families made in order that future generations might inhabit a free and independent state.”

The files are available to view here.