NORTHERN IRELAND has recorded its second day with no coronavirus-related deaths since the pandemic hit Irish shores.

Yesterday, the Government for Northern Ireland announced there had been no deaths related to Covid-19, and just six new confirmed cases, raising hopes that the strict lockdown measures are having a significant effect.

It is the second time Northern Ireland has recorded 24 hours with no deaths; on 26 May, Minister for Health Robin Swann confirmed there had been no deaths related to the virus, just one day after the Republic had recorded the same milestone.

It was the first time either the North or Republic had gone 24 hours without a virus death since mid-March.

Yesterday's figures from Northern Ireland brings the total death toll to 537, with 4,796 confirmed cases of the virus.

First Minister Arlene Foster, speaking on BBC Radio yesterday, said she had moments where she wondered whether the lockdown-- "some of the most draconian steps that have ever been taken in this country since World War Two"-- was the right thing to do. 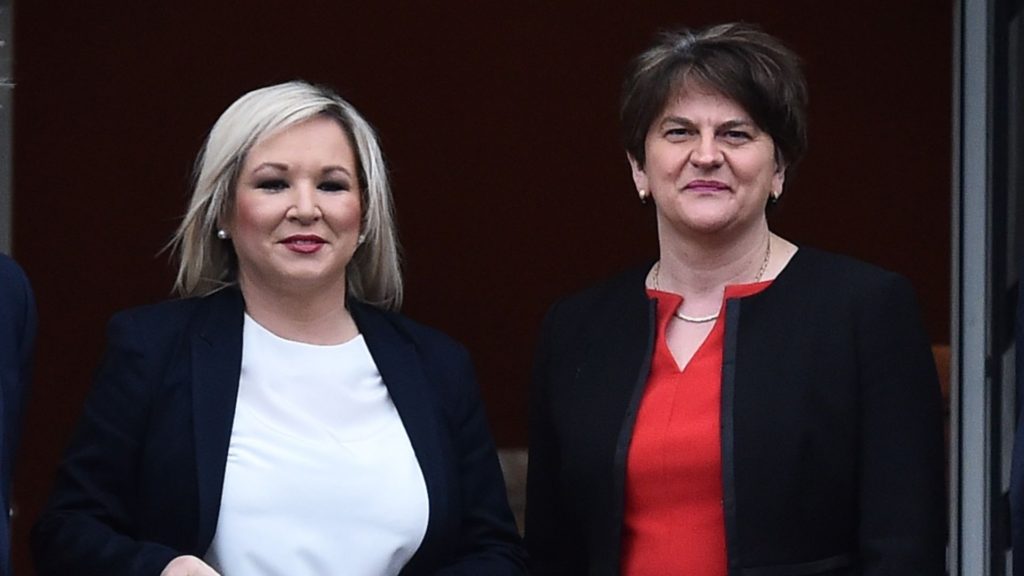 Sinn Féin's MIchelle O'Neill and the DUP's Arlene Foster, joint First Ministers of Northern Ireland, have been working together to reduce the numbers of Covid-19 (Getty)

However, she said, "I'm pleased to say that in terms of the number of deaths in Northern Ireland, we have managed to keep them as low as we possibly could and that has worked well".

The Republic of Ireland has experienced a continuous daily drop in new cases and deaths, but has yet to record a second day with no deaths related to the virus.

Yesterday, the Department of Health confirmed one person had sadly passed away from the virus, and 25 new cases had been confirmed.

Today the Republic enters Phase 2 of the reopening of the country, with shops opening their doors and those 'cocooning' allowed to welcome visitors to their homes.