THE Turner Prize 2021 has been won by a collection of Belfast artists who produced a piece of work which highlights the social issues being faced in their homeland through via a traditional Irish pub.

Announced yesterday, the prestigious artistic accolade was awarded to the Array Collective at a ceremony held at Coventry Cathedral, in partnership with Tate and Coventry UK City of Culture 2021.

The self-confessed activist group consists of individual artists rooted in Belfast, who join together to create “collaborative actions in response to the sociopolitical issues affecting Northern Ireland”.

Their achievement marks the first time the winner of the Turner Prize has been Northern Irish and lands the group a £25,000 prize pot - which was presented to them by Pauline Black, the lead singer of 2 Tone pioneers, The Selecter, during a live broadcast on the BBC last night (December 1).

A further £10,000 was awarded to each of the four other nominees, who were also shortlisted for the 2021 prize.

This year the Turner Prize exhibition is being held at the Herbert Art Gallery & Museum in Coventry as a highlight of its City of Culture year.

And that is there where Array Collective’s winning artwork ‘Sibin’ is situated.

The piece centres on a mock Irish pub adorned with various banners advocating human rights – such as reproductive rights and protesting against conversion therapy. 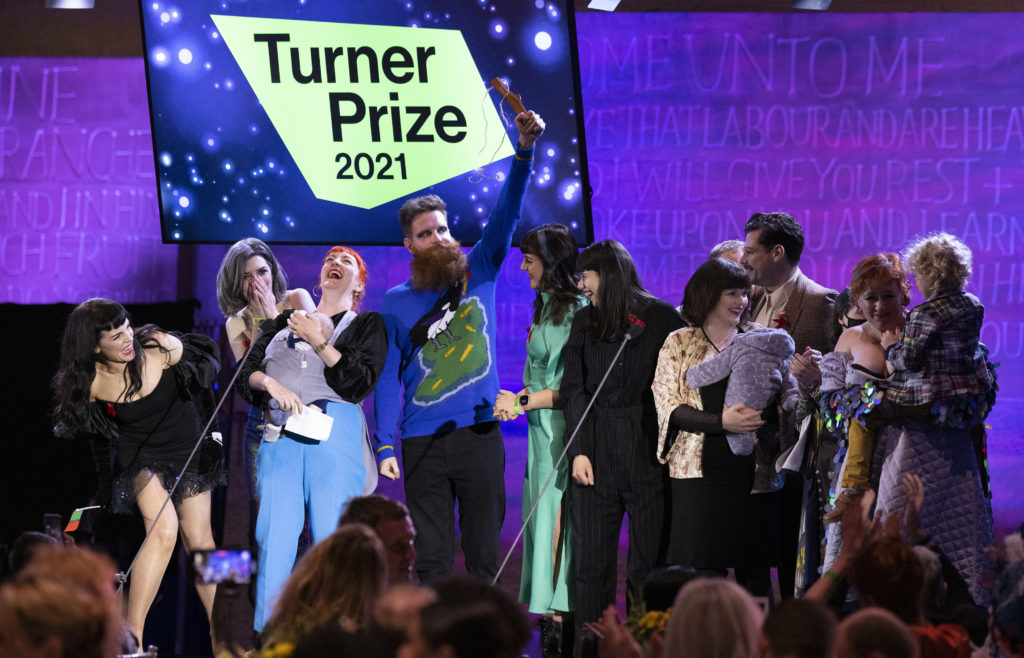 Array Collective are announced as the winner of Turner Prize 2021, the leading international award for contemporary art, at Coventry Cathedral

The jury awarded the prize to Array Collective for their “hopeful and dynamic artwork which addresses urgent social and political issues affecting Northern Ireland with humour, seriousness and beauty”.

They confirmed they were impressed with how the Belfast-based group were able to translate their activism and values into the gallery environment, “creating a welcoming, immersive and surprising exhibition”.

The jury further commended all five nominees for their “socially engaged artworks, and how they work closely and creatively with communities across the breadth of the UK”.

Following their win, which the Collective described as “surreal”, the group confirmed the prize money would be spent on renting their art studio. 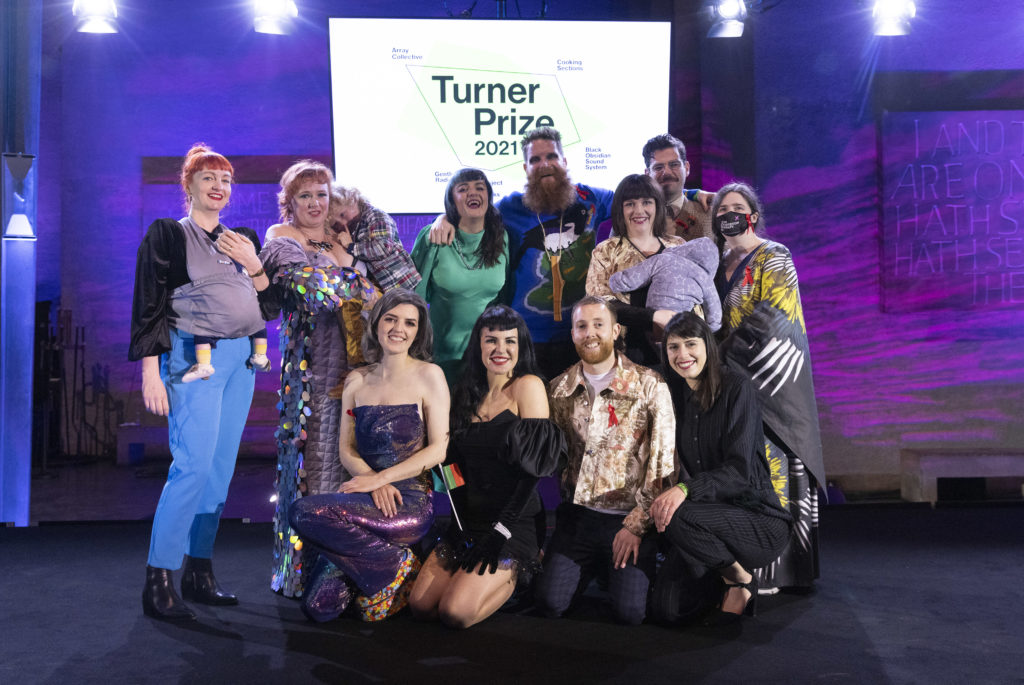 Collective artist Stephan Millar added: "We are so proud to be from Belfast, to be of Belfast and the communities we work with.

"The Sibin [the pub installation] was for everyone of Belfast but it's also for all the collectives in this room. We see you we support you. We're with you."

One of the world’s best-known prizes for the visual arts, the Turner Prize aims to promote public debate around new developments in contemporary British art.

The exhibition of the five shortlisted collectives at The Herbert Art Gallery & Music in Coventry continues until January 12, 2022. Entry is free.