THE number of women travelling to Britain from Ireland for an abortion has fallen to the lowest level since 1980, new figures show.

Statistics from the British Department of Health state that 3,265 gave an Irish address when attending clinics in England and Wales in 2016 – an average of almost nine a day.

A county-by-county breakdown of Irish women who travelled for terminations shows Monaghan recorded the fewest, at 15, while Dublin was the highest, at 1,175.

See the county-by-county breakdown below

Women from Ireland and Northern Ireland accounted for a combined 83 per cent of non-British residents attending abortion clinics in England and Wales.

The HSE Crisis Pregnancy Agency said that recent research suggests that the continued decline in the number of women travelling to Britain for abortions is down to Irish women contacting providers of abortion pills at home. 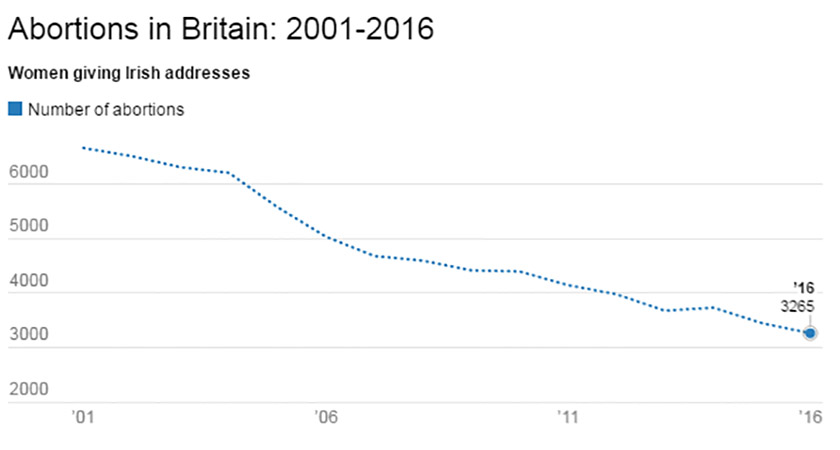 A record figure of 6,673 Irish women had abortions in Britain in 2001. Picture: Department of Health

Women who suffer complications after taking such pills should seek treatment from a hospital or GP immediately, they said.

A total of 141 of the abortions were performed under ‘Ground E’, meaning there is “a substantial risk that if the child were born it would suffer from such physical or mental abnormalities as to be seriously handicapped.” 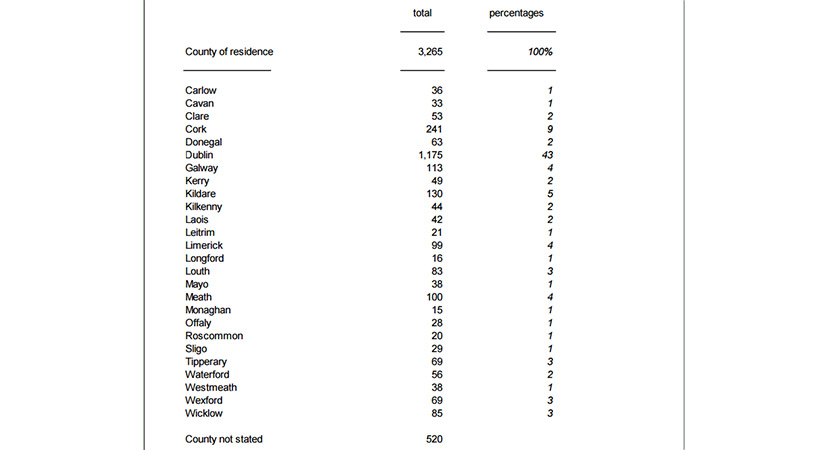 A county-by-county breakdown of Irish women who traveled for terminations in Britain in 2016. Picture: Department of Health

Some 644 women were married or in a civil partnership and 916 were single.

The largest single grouping, according to marital status, was the 1,597 women who said they were single with a partner.

All of the procedures on Irish-resident women were privately funded.