ROY KEANE is being tipped as a potential candidate for the Cork City manager's job.

The Irishman resigned as Nottingham Forest assistant manager yesterday - ending a six-year working relationship with Martin O’Neill in the process - amid rumours he wants to return to full-time management.

The former Manchester United midfielder’s next destination is still up in the air, but it appears some bookies reckon he could be on his way back to his hometown, Cork, with odds of Keane taking the job at Turners Cross currently at 5/1.

John Cotter is Cork’s interim boss as they search for a long-term replacement for John Caulfield, who resigned back in May.

Should Keane find himself managing the Rebels, it could set up a mouth-watering encounter with Steven Gerrard’s Rangers, with the two sides being drawn against each other in the Europa League - should they progress past the first qualifying round.

Cork appear to be third favourites to land Keane, with a return to former clubs Celtic and Sunderland being priced at 10/3 and 9/2 respectively.

BoyleSports spokesperson Sarah Kinsella said: “There are plenty of managers out there looking for a club to take over and now Roy Keane has been added to that list. 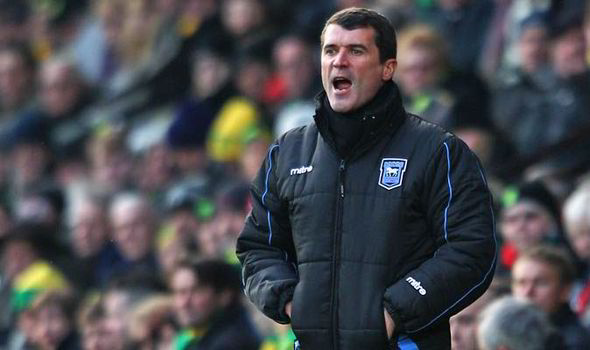 “We make him 10/3 to take over Celtic, 9/2 for Sunderland and 5/1 to return to his native county and manage Cork City.

“The Derby job may well be available soon too so we’re cautious at 11/2 that he may be lined up to replace Frank Lampard,” she added.

Keane’s last managerial venture ended in 2011 where he was sacked by Ipswich Town. Since then he’s worked as Martin O’Neill’s assistant with Forest and with the Republic of Ireland national side.

He also had a brief stint at Paul Lambert’s assistant at Aston Villa in 2013, but resigned after only a few weeks.

Other than Cork, Keane has also been linked with moves to David Beckham’s new Florida-based MLS franchise, Inter Miami, as well as with a sensational return to Old Trafford.

Odds on Keane’s next managerial position: