OLIVIA COLMAN is the toast of Hollywood after taking home the Best Actress Academy Award for The Favourite at the 91st Oscars.

Colman, who won rave reviews for her performance as Queen Anne in the Irish-produced period comedy, delivered a memorable acceptance speech in a star-studded night at the Dolby Theatre in Los Angeles.

"It's genuinely quite stressful. This is hilarious, I've got an Oscar,” a teary-eyed Colman said.

"I have to thank lots of people and if I forget anybody I'll find you later and give you a massive snog [this is a kiss, for our overseas readers].

"Yorgos, my best director and my best film, and Emily and Rachel the two best women in the world to fall in love with - you can imagine it wasn't a hardship.

"To be in this category, with these extraordinary women and Glenn Close - you are my idol and this is not how I wanted it to be. I love you all.

"Lindy King my agent who took me on 20 years ago - thank you so much.

"My mum and my dad and my kids who are at home watching, well if you're not then well done, but I sort of hope you are. This is not going to happen again.

"Any little girl who's practising their speech on the telly - you never know! I used to work as a cleaner I used to love that job. 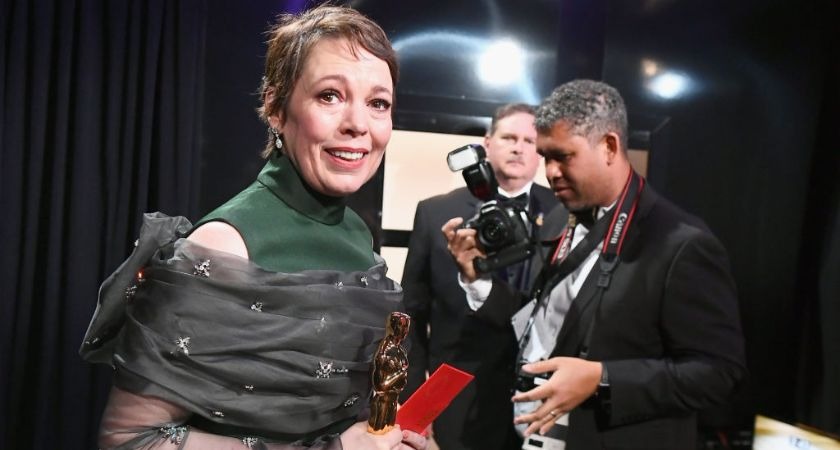 "Oh - 'please wrap up' - [she is being told to end her speech, so she then blows a raspberry].

"Ed [her husband] you're my best friend and best supporter and he's going to cry. I'm not. Thank you so much.

"To Fox, everybody the cast the crew. Thank you, argh thank you so much. Lady Gaga I love you!"

Co-produced in the US, UK and Ireland, The Favourite was nominated for 10 Oscars, but missed out in nine other categories.

Alfonso Cuaron beat Yorgos Lathimos to best director for the Netflix drama Roma while Green Book bagged the Best Picture gong ahead of The Favourite.

Regina Hall also beat Rachel Weisz and Emma Stone to land the Best Supporting Actress Oscar for her work on If Beale Street Could Talk.