Celtic fought from a goal down to beat Lazio in Rome thanks to goals from James Forrest and a dramatic injury time winner from Oliver Ntcham.

The win means Neil Lennon’s side qualify for the last 32 of the Europa League with two games to spare.

Such a scenario had seemed improbable early on when Italian international Ciro Immobile gave the hosts the lead with a sweetly struck volley in the seventh minute.

But Celtic – who went into this game top of Group E – clawed their way back into the contest and were level when the impressive Mohamed Elyounousi found Forrest with a superb pass. 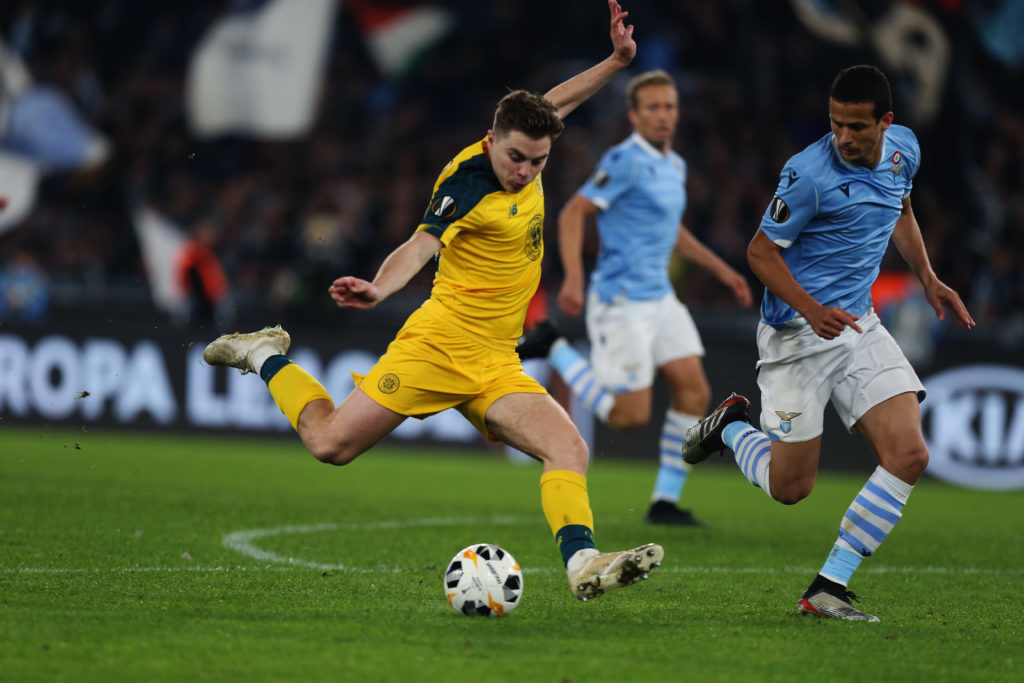 James Forrest levelled for Celtic after the hosts grabbed an early lead at the Stadio Olimpico this evening. (Photo by Paolo Bruno/Getty Images)

He smashed the ball into the top corner from Celtic’s best chance of the half just before the interval and the Hoops were back up and running.

Celtic upped the tempo in the second period and should have gone ahead when Odsonne Edouard was presented with a clear opportunity by a weak clearance from Lazio keeper Thomas Strakosha.

But the Albanian international atoned for his error with a fine save from the big forward.

His Celtic counterpart Fraser Forster had to be alert to keep out a Sergej Milinkovic-Savic header moments later and substitute Luis Alberto nearly scored directly from a corner, with the ball instead cannoning back off Forster's near post. 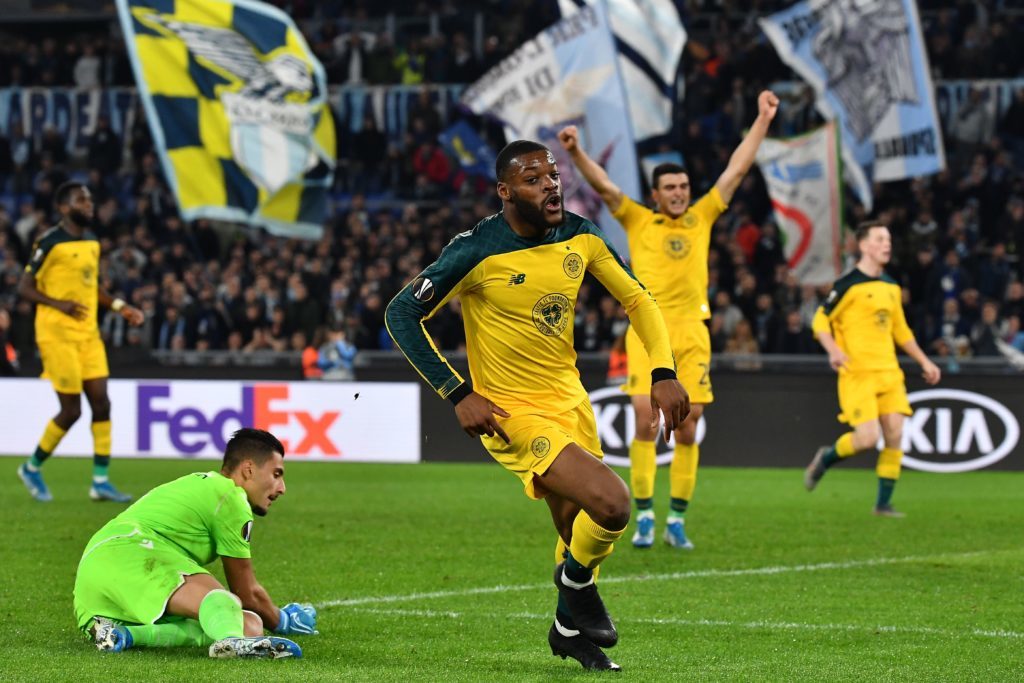 Elyounoussi turned provider for Edouard with a defence-shredding pass sending the Frenchman racing away on the left.

His angled shot drifted agonisingly wide and Celtic were left to wonder whether such profligacy would haunt them.

Luis Alberto thought he had won it for Lazio but Forster was on hand to maintain parity and then in injury time Edouard picked out Ntcham and his inch perfect lob sent the 10,000-strong travelling support wild.

“It is just behind it beating Barcelona,” Hoops boss Neil Lennon said after the match. 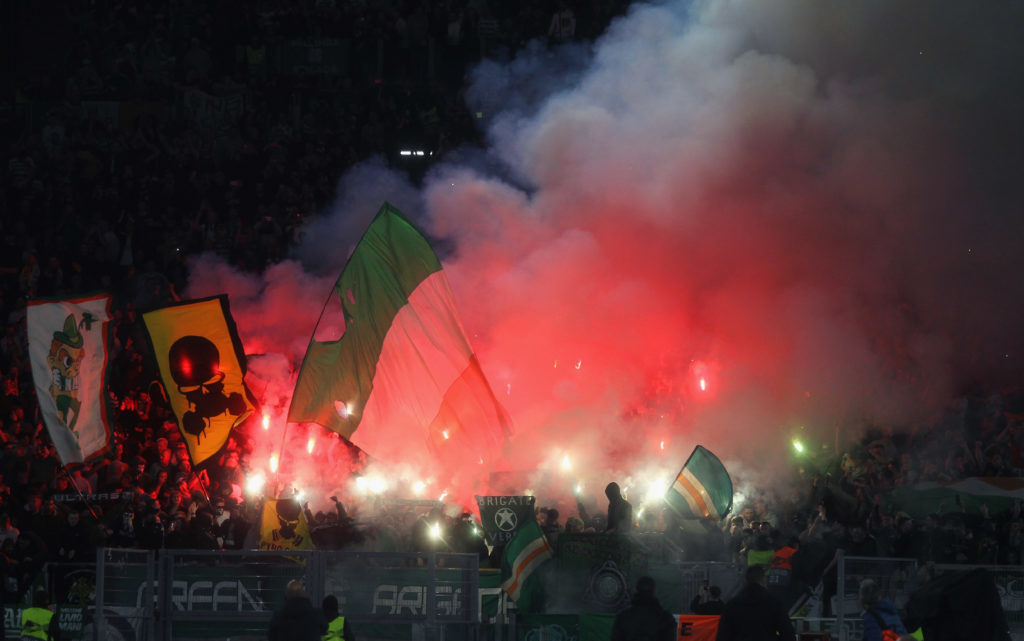 “To beat Barcelona was a great night and a great achievement for the club but this is almost on a par, to come here and play a team who are in great form, packed with international stars.

“It is amazing night, not just for me, the players, the board and obviously the magnificent support we had in the stadium tonight.

“It is historic. It is a privilege for me to coach these players and work with my backroom staff who do an unbelievable job behind the scenes. We are in a good place at the minute. It is job done as far as qualifying for the new year.

“We have a lot of work to do domestically but it is an amazing night for the team and the club.”