REPUBLICAN Senator and White House hopeful Ted Cruz faces the cold fury of his Texan constituents – many of whom are without electricity or running water – after he jetted off to Mexico while the worst blizzard in a generation gripped the southern state.

Mr Cruz has since apologised for leaving the state he represents during a moment of crisis. He said the decision was "obviously a mistake" and has since returned, making it a brief, but politically damaging 24-hour trip for the Senator.

For many in Texas, this has been the perfect storm. On top of the near arctic weather conditions, power and other vital utilities have gone down in numerous grids, forcing businesses to close, and people to book into hotels – which has sent room prices soaring.

In a state where homes were built to accommodate hot weather, burst pipes have become endemic, though fortunately electricity is holding up in Texan cities.

Mr Cruz said that the idea to ride out the storm from the sunny shores of Mexico came from his two daughters, Catherine, 10, and Caroline, 12.

"Look, it was obviously a mistake, and in hindsight, I wouldn't have done it," Mr Cruz told a group of reporters, after changing out of his holiday attire.

"I was trying to be a dad. And all of us have made decisions. 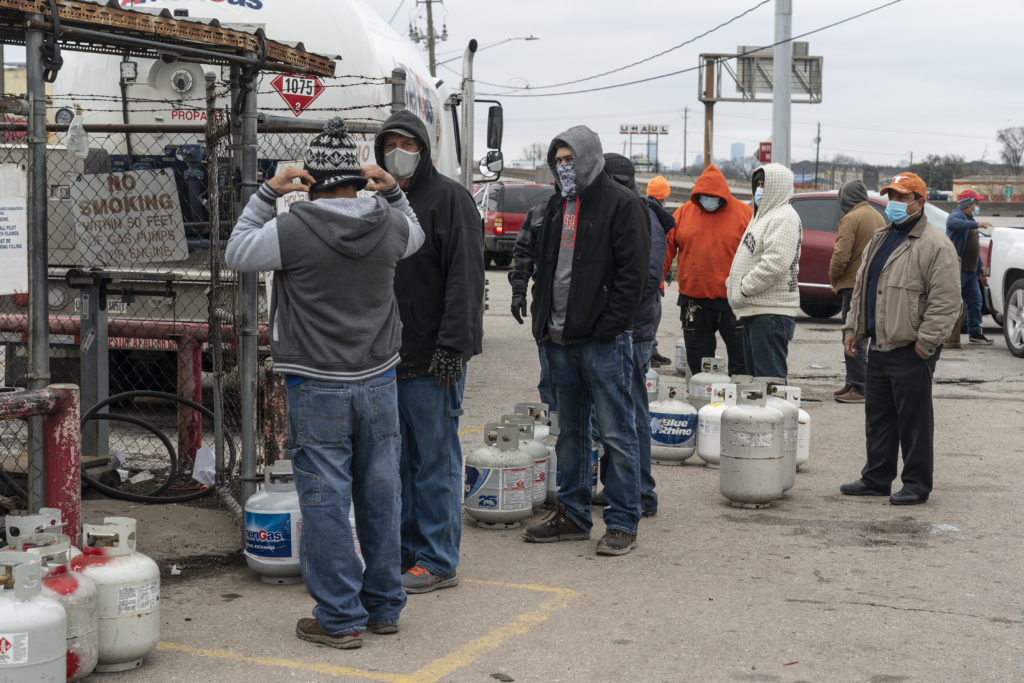 People line up at a propane gas station to refill their tanks after winter weather caused electricity blackouts on February 18, 2021 in Houston, Texas. Winter storm Uri brought severe temperature drops causing a catastrophic failure of the power grid in Texas. About two million people are without electricity throughout Houston. (Photo by Go Nakamura/Getty Images)

"When you've got two girls who have been cold for two days and haven't had heat or power, and they're saying, 'Hey, look, we don't have school, why don't we go, let's get out of here' - I think there are a lot of parents that'd be like 'All right, if I can do this, great'.

"Really, from the moment I sat on the plane, I began second guessing that decision and saying, 'Look, I know why we're doing this, but I've also got responsibilities'.

"But I needed to be here. And that's why I came back." 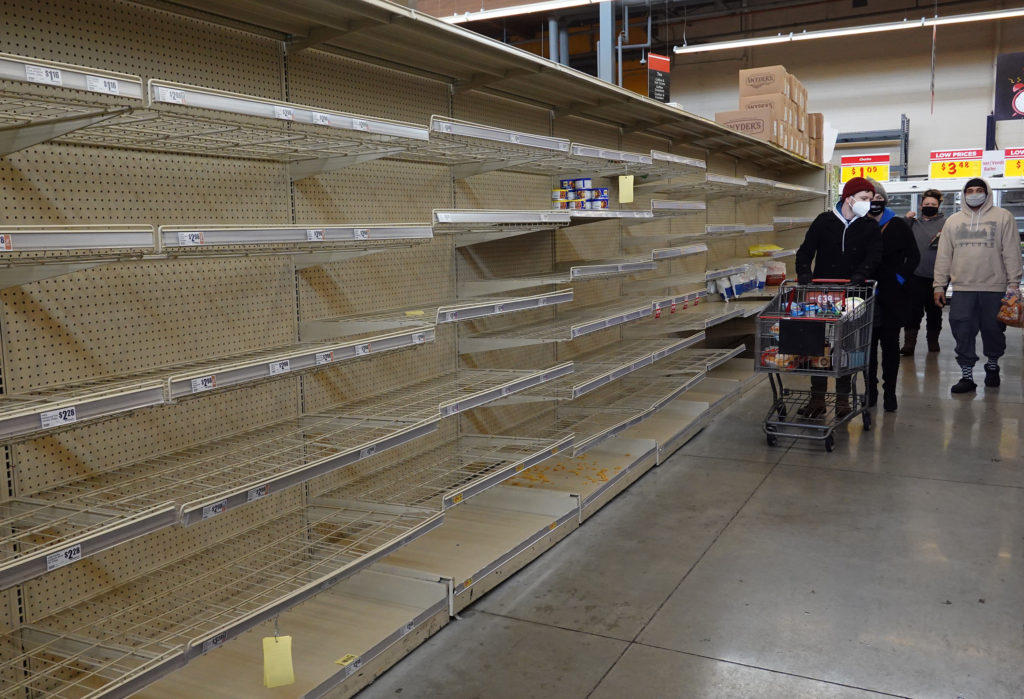 Shoppers walk past a bare shelf as people stock up on necessities at the H-E-B grocery store on February 18, 2021 in Austin, Texas.

His Democrat opponents have, predictably, pounced on the story and called for his resignation.

But more worryingly for Mr Cruz, who was a presidential candidate in 2016, is that his excuse has upset many of his Texan support base.

When Sky News asked people about the senators’ actions, one resident said:

"He should be here with us, digging in”.

Another said: "we'd all like a vacation right now".

While some of Mr Cruz’s supporters may point to the state's governor, Greg Abbott, as the person tasked with leading the response to the crisis – the senators impromptu holiday, taken during what could be the costliest weather calamity in Texan history, still isn’t a good look.