THE OWNERS of an Irish café in Coventry, England, have expressed shock and dismay after receiving an anonymous note accusing them of displaying “IRA Flags”.

O’Tooles Café in Earlsdon has been open since 2019, during which time it has earned a reputation for serving one of the best Irish breakfasts in the Midlands.

Another thing O’Tooles is noted for are the Irish flag bunting that features above the seating area in the café in what is intended as a loving nod to the eatery’s proud heritage.

However, it would appear that the décor has irked someone in the local area after the café's owners received an anonymous typed note asking: "How long are the IRA banners going to be there?"

Isobell Adams, who owns the Westwood Road café, shared details of the note on Facebook this week along with her stunned reaction to it.

Adams wrote: "Firstly, please excuse what could be a long post. I received this through the post today, to say I am shocked is an understatement.

"I thought this nonsense was long behind us as a society. I have no IRA banners in my cafe. I have bunting that denotes the tricolour, the flag of Ireland.

"I have the Irish flag painted on my sign, that is all. I won’t give this any more credence. We have tried so hard to integrate with a fantastic community and we have been warmly received. This is so sad." 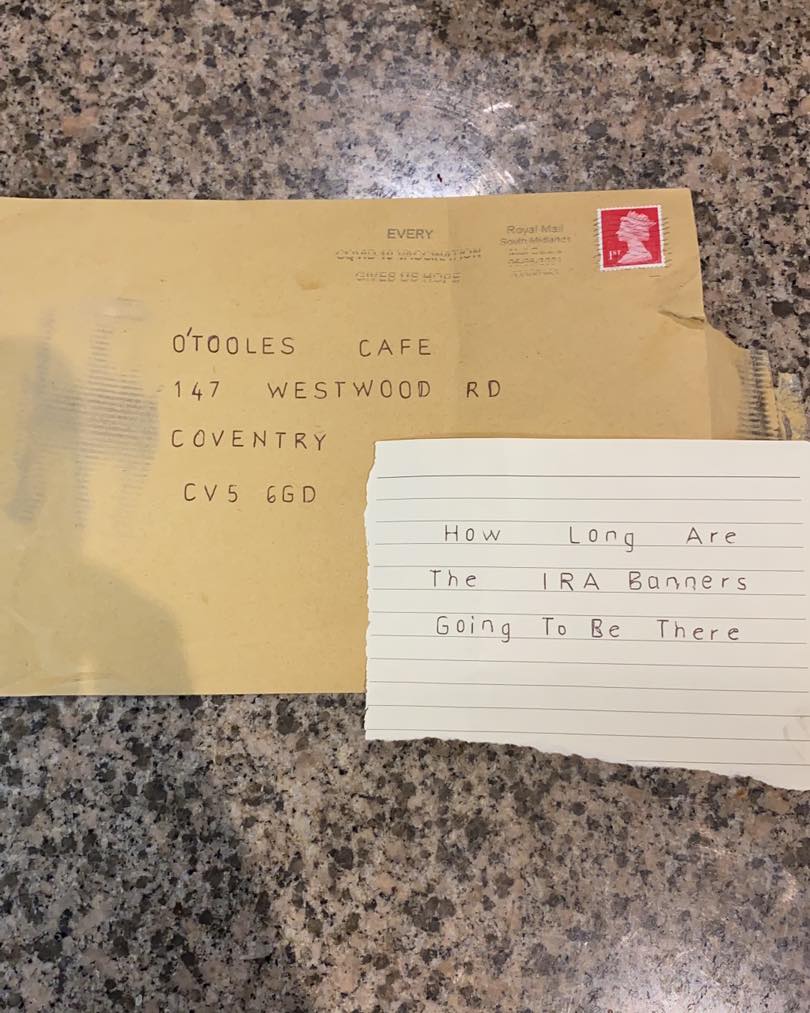 Speaking to the Coventry Telegraph about the incident, Adams admitted the note had left her feeling on edge.

"It came in with the ordinary post… it's just quite unsettling really, when you look at it from face value it's all a bit silly, but if you feel this deeply, a) why because I don't have any paramilitary regalia and b) how far are you prepared to take it? What might you do next?"

First opened back on November 2019, Adams named the café O’Tooles in tribute to her mother’s family from County Mayo who were famed for their baking.

"It's nothing fancy, just good Irish home cooking, and that's all this is for, a little nod to my mum, my Aunty Celia, a nod to them that's all it is, we make our own potato cakes, soda bread," she said.

While Adams was left "saddened by the whole thing" she has been blown away by the support shown in the local community after news of the message spread.

More than 200 different people from the local area have voiced their shock and anger at the note, with the Coventry Irish Society was among those to come to O’Tooles defence in the wake of the incident. 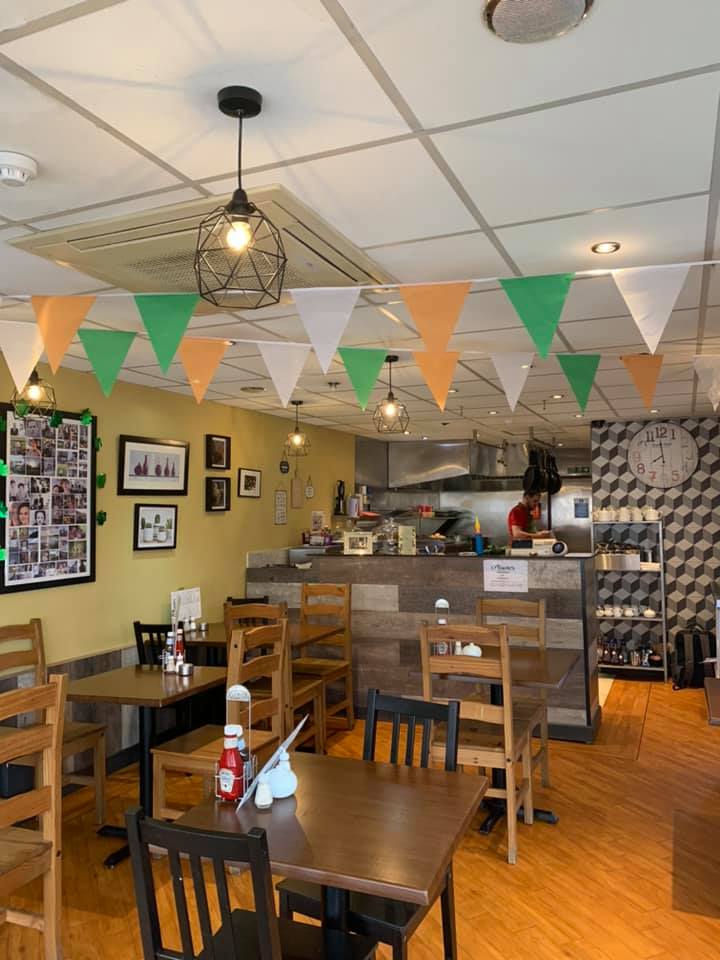 Responding to Adams’s message on social media, they wrote: "We very much support O'Tooles Cafe in celebrating their heritage and those in and around the Earlsdon area.

“We are deeply saddened to see that this sort of intolerance has been displayed in Coventry when we are being celebrated as the City of Culture 2021."

While West Midlands Police are working with O’Tooles Café to investigate the incident, Adams is keen to look to the future.

"As far as I'm concerned that was yesterday, with the support we've got from the community I'm not going to dwell on someone's negativity."