Liam Mooney died after the moped on which he was a passenger was struck by a car (Image: West Midlands Police)

TWO men have been jailed for a total of 20 years after the 'tragic and uncalled for' killing of a 16-year-old moped pillion passenger.

Teenager Liam Mooney was on the back of the motorcycle when it was struck by a car driven by Paul Biggs in Perry Barr, Birmingham, England on March 22, 2021.

This week, Biggs, 26, and the car's passenger, Dale Sharpen, 31, pleaded guilty to Mooney's manslaughter and actual bodily harm against the 18-year-old moped rider.

The incident happened following an altercation at a roundabout, after which a Volvo pursued the moped on which Mooney was a passenger.

The moped rider tried to avoid being hit by the car by riding onto the kerb at Rocky Lane.

Before he could do so, the Volvo driven by Biggs deliberately hit the bike, forcing the driver to lose control.

The bike crashed into a stationary car and stopped on a nearby grass verge, while the Volvo and its occupants made off.

The rider of the bike panicked and ran off, before later attending hospital with severe bruising to his pelvis and abdomen.

An investigation by West Midlands Police revealed the Volvo was registered to a false name and address but they were able to link it the Biggs and Sharpen.

CCTV showed the pair at various locations in Essex before travelling to Birmingham on the day of the incident.

Police were able to track their movements for most of the day up until moments before the crash.

The pair then made their way back to the London area after the incident.

The car involved has never been recovered. 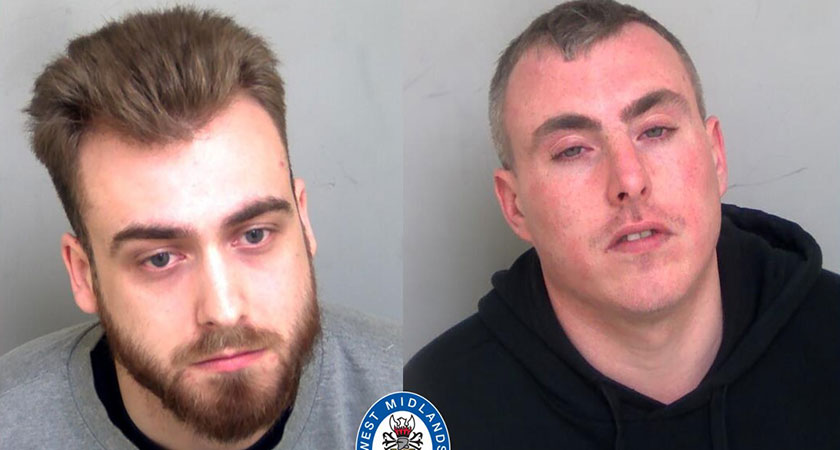 Biggs and Sharpen were arrested on May 11, 2021 and charged with murder and wounding.

However, after pleading guilty to manslaughter on Wednesday, Biggs, from Hutton Drive, Brentwood, Essex, was sentenced to 11 years and three months in prison.

He was also disqualified from driving for 12-and-a-half years.

"Being chased by the car must have been terrifying for him and the young rider," said DI Ranj Sangh.

"The level of aggression and rage used was totally disproportionate and their actions have left a young man dead, and his family and friends devastated.

"I hope the fact they have admitted their guilt today and saved Liam's loved ones the pain and anguish of a trial offers them some comfort as well as knowing that they will now serve lengthy prison sentences."