SOCIAL MEDIA users who named the complainant in the Belfast rugby rape trial are now being investigated by the PSNI.

A light has been shone on the contentious role of social networks such as Twitter and Facebook, following yesterday's acquittal of Paddy Jackson, Stuart Olding and two of their friends.

After the men were cleared of various offences relating to the alleged rape of a 19-year-old woman in June 2016, the hashtag 'I believe her' began to trend in Ireland, while some on the other side of the fence even named her.

In a statement following the acquittals, DCS Hilman said: “I would like to pay tribute to the young woman who had the resolve and confidence to come forward and put her faith in police and the criminal justice process.

“In addition to this, she was named on social media sites during the trial contrary to her legal entitlement. Any breach of this entitlement is and will be investigated.” 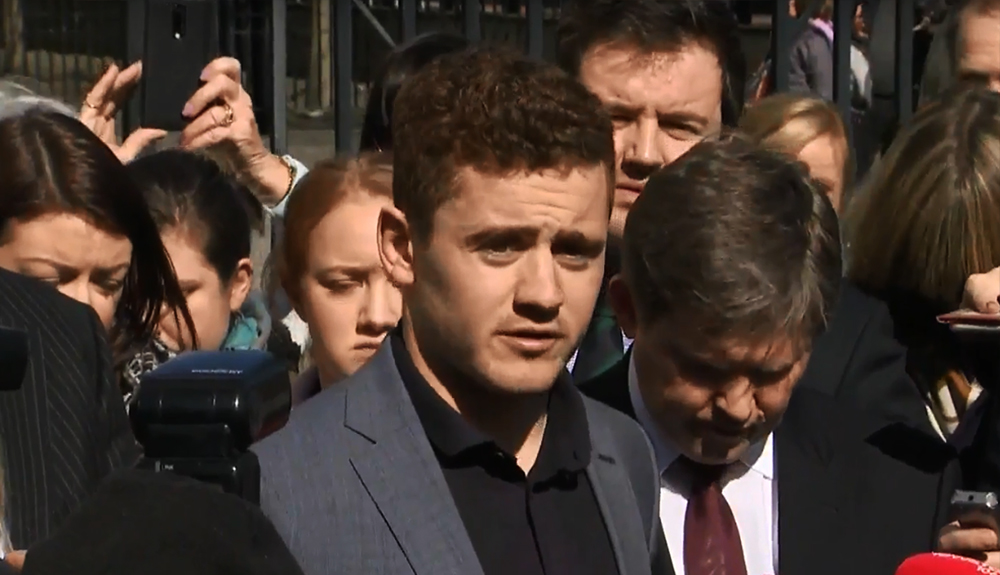 DCS Hilman rejected the claim, saying: “We carry out investigations regardless of standing or status.”

“I would also like to acknowledge and thank the Public Prosecution Service for their professionalism and expertise throughout.

“This case has provoked much comment and debate. While we respect today’s verdict it should not deter victims of serious sexual crime from contacting police.

“As police officers our role is to keep people safe. Anyone can be the victim of sexual crime regardless of age, background, status or gender.

“There is no room in society for tolerance of sexual crime.

"We understand how difficult it can be for someone to report a rape, but let me assure you today that if you choose to speak to police, you will be listened to, respected, treated sensitively, have your report thoroughly investigated, and you will be signposted to support services such as Nexus and Victim Support among others.”